I first visited Paris, the City of Lights and cheese, on a solo trip almost exactly 5 years ago. I was living in England at the time and the opportunity to take a short train ride through the chunnel was something I couldn’t pass up. My 5-day trip to Paris was absolute magic. It was love at first sight. The Eiffel Tower along the Seine and strolls in the Saint Germain transformed me into a lifelong, die-hard Francophile.

This past fall, I revisited Paris with my mom and we had an absolute ball. The city was unchanged. As you’d expect, cities that are almost 2,000 years old rarely see substantial changes. It still had all the charm and the magic that first wooed me 5 years before.

There were a few things that simply felt different though. It could be because the city was no longer brand new to me or that I, as a person, had changed. The way I experienced Paris also changed because of the differences between traveling when I was alone or with someone else.

When I was by myself, I made the mistake of staying at a place I found on Craigslist for 30 euors a night. To this day, I have no idea where it was… some dodgy residential area on the outskirts. It was a dingy, dirty room with a futon that smelled like duck fat and the host was a sweaty lady in a floral muumuu that didn’t speak a word of English.

I stayed out until 1 am that night just to minimize the hours I had to be there. Needless to say, I cancelled the rest of my “reservation”… I guess a Craigslist email still technically constitutes a reservation?

New solo traveler tip: It is not worth your comfort and safety to stay at a place you misjudged on the Internet. The sweaty lady didn’t even have the €10 change for the €40 I gave her the next morning. Sure I wasn’t elated to leave an extra tenner on the table for a terrible accommodation, but I just sucked it up and left. I’d pay the €10 again to not be there for the remainder of my stay. In big cities, there are literally hundreds of other options. Staying at that place would have made my trip less enjoyable. So if you ever find yourself in a similar situation, be brave and make moves. 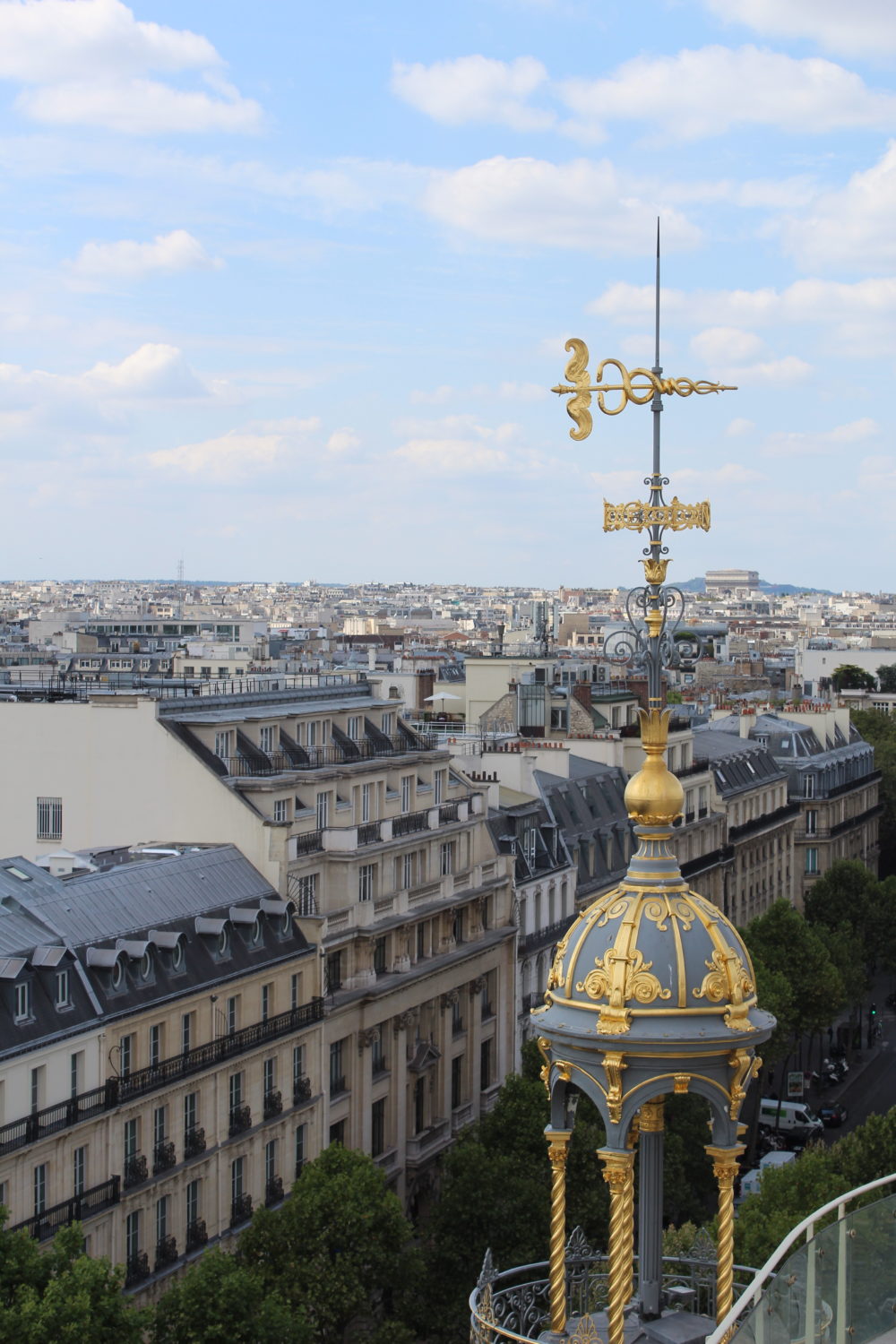 I moved over to an airbnb (before airbnb hired a decent marketing director and the logo was in blue bubble letters) on Rue Oberkampf. The area was just up and coming at the time… it wasn’t bonafide “hip” yet. Moving to this arrondissement and staying in a nice flat where I felt safe made a world of difference.

Traveling with my mom five years later, accommodations were an entirely different story. She would have had zero tolerance for even a hint of sweaty duck fat waffling about. We stayed at the cutest hotel in the Marais, Hôtel Caron de Beaumarchais Le Marais-Paris.

My DSLR photos were definitely better this time around than the snaps I took with my iPhone 4. Armed with my Hipstmatic app in 2011, I was determined to capture some “artsy” photos.

I had two pickpocket attempts when I was alone in Paris. One when I was literally praying at the Sacre Coeur and later that same day having a picnic near the Eiffel Tower. Luckily, I caught them in the act and they didn’t get away with anything. My increase as a target could also be attributed to the fact that I have the stature of a 14-year-old. Whether you’re petite or not, alone or in a group, it’s important to always be vigilant about your belongings and surroundings in tourist areas. 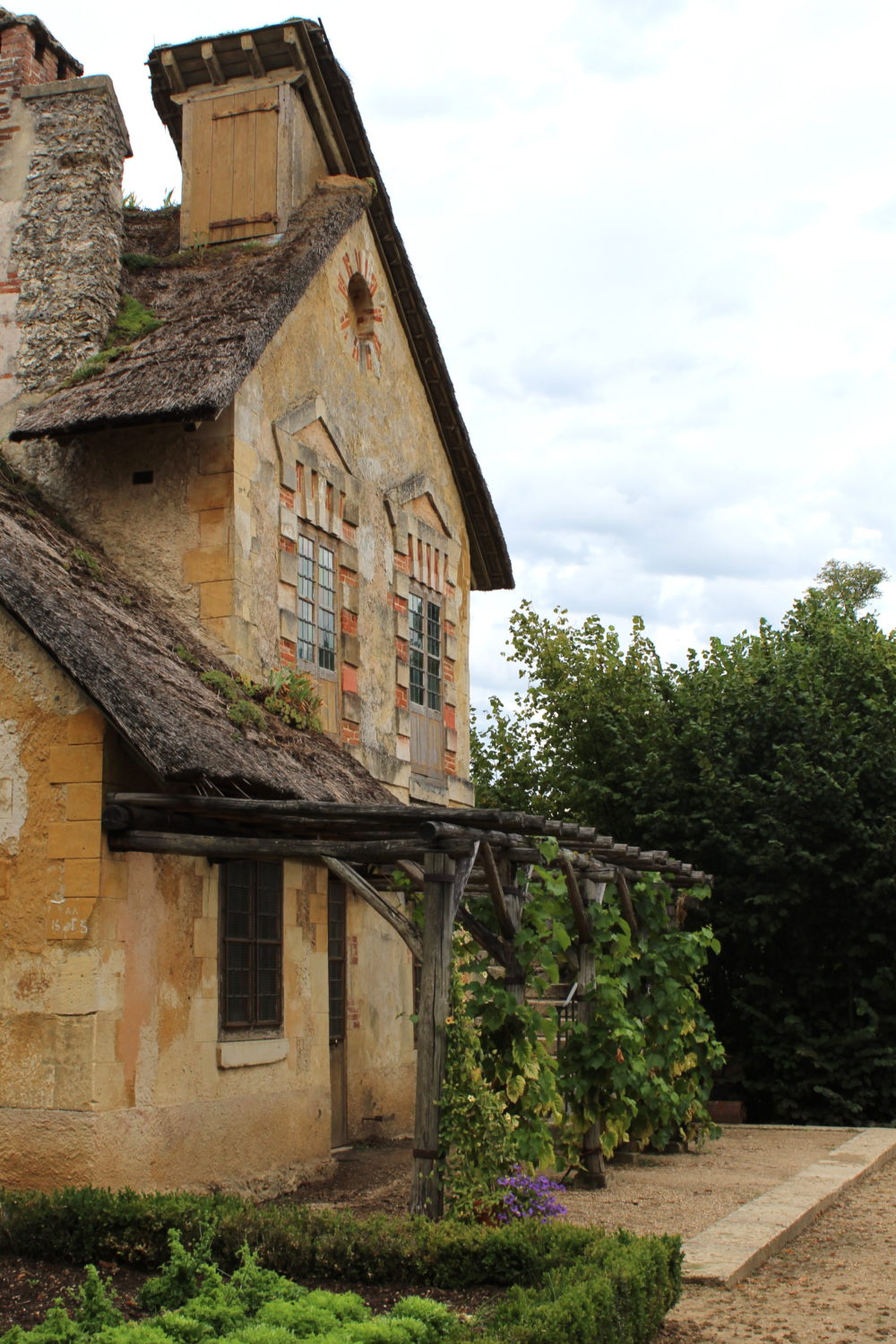 Versailles was exactly the same… now there’s a shocker. A palace over 300 years old was indeed, the same. I still managed to get lost coming back from Marie Antoinette’s cottages. Why are there absolutely no signs or shortcuts back there? The map they give you is absolute shit on the routes around the cottages. 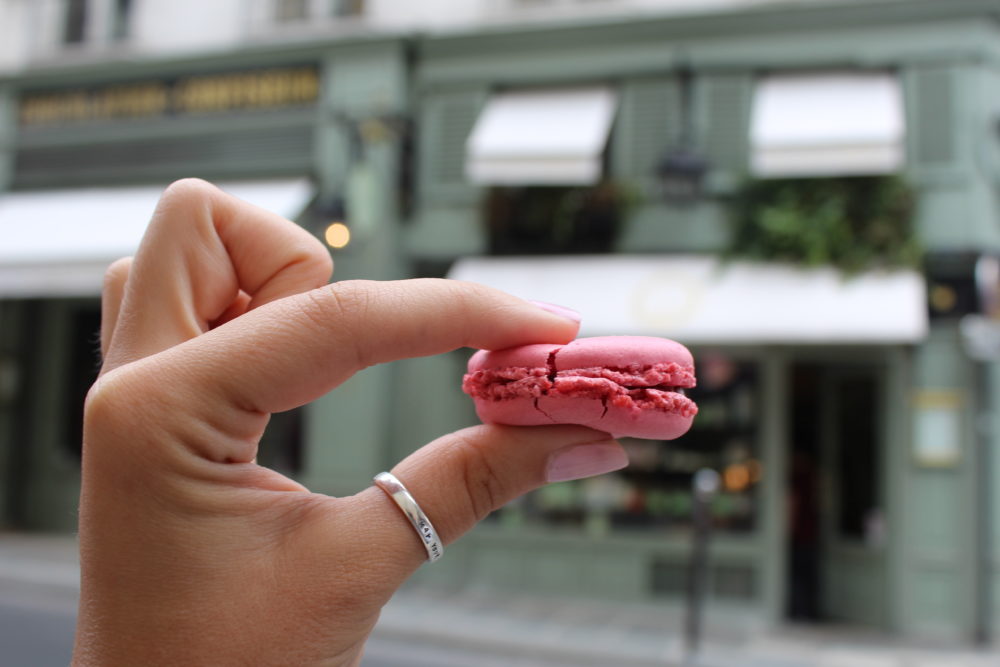 Countless trips to Ladurée happened on both occasions. Actually, that’s not true. I went exactly once in 2011 because I was too cheap to keep forking over a whole €2 for one quarter-sized macaron. Five years makes a big difference in your budget and the exchange rate! The seasonal boxes had changed, yet the iconic charm and flavors remained the same. For my second trip, I had done some extensive research (mainly through Paris Breakfast blog) about other patisseries to scour for macarons.

I have to say, passion fruit chocolate macarons from Pierre Hermé are the best. €2 is nothin’ to experience those little perfectly crunchy and sweet spheres. However, I found another treat that was even more heavenly and puts macarons to shame. Find all the details on the Parisian sweets that could push a pre-diabetic over the edge here.

I’m still a big advocate of the solo female travel bandwagon. It’s liberating to do exactly what you want to do when you want to do it. Period. I love wandering and getting lost and not having to answer to anyone if I took a wrong turn. I like to shop and roam around for snacks in the form of macarons. Mr. Petite Suitcase…? Not so much. He can’t subsist on purely egg whites, sugar and rosé for 6 hours like I can.

On the trip with my mom, we had things planned out a little more. I had at least a dozen places I wanted to  eat at. Since my mom had never been, of course I gladly played tour guide and showed her all the must-see sights of Paris. I’m glad we made time to see the most historical and quaint bookstore in Paris, if not the world.

Even the loosest of itineraries and traveling with the most easy going people is essentially different than traveling alone. Now that I’m a little older and shacked up, I’m less inclined to go on 5-day solo trips to France.

Whether you’re traveling with your significant other or your family, it strengthens your relationship and teaches you more about compromise and communication. I’ve had some of the greatest times of my life traveling with loved ones. Shared travel experiences with friends and family truly creates a special bond… Not to get too sappy on you.

I’d love to hear some of your thoughts and experiences on solo vs non-solo travel. Or have you ever returned to a place to find that it was unchanged, yet you were different?