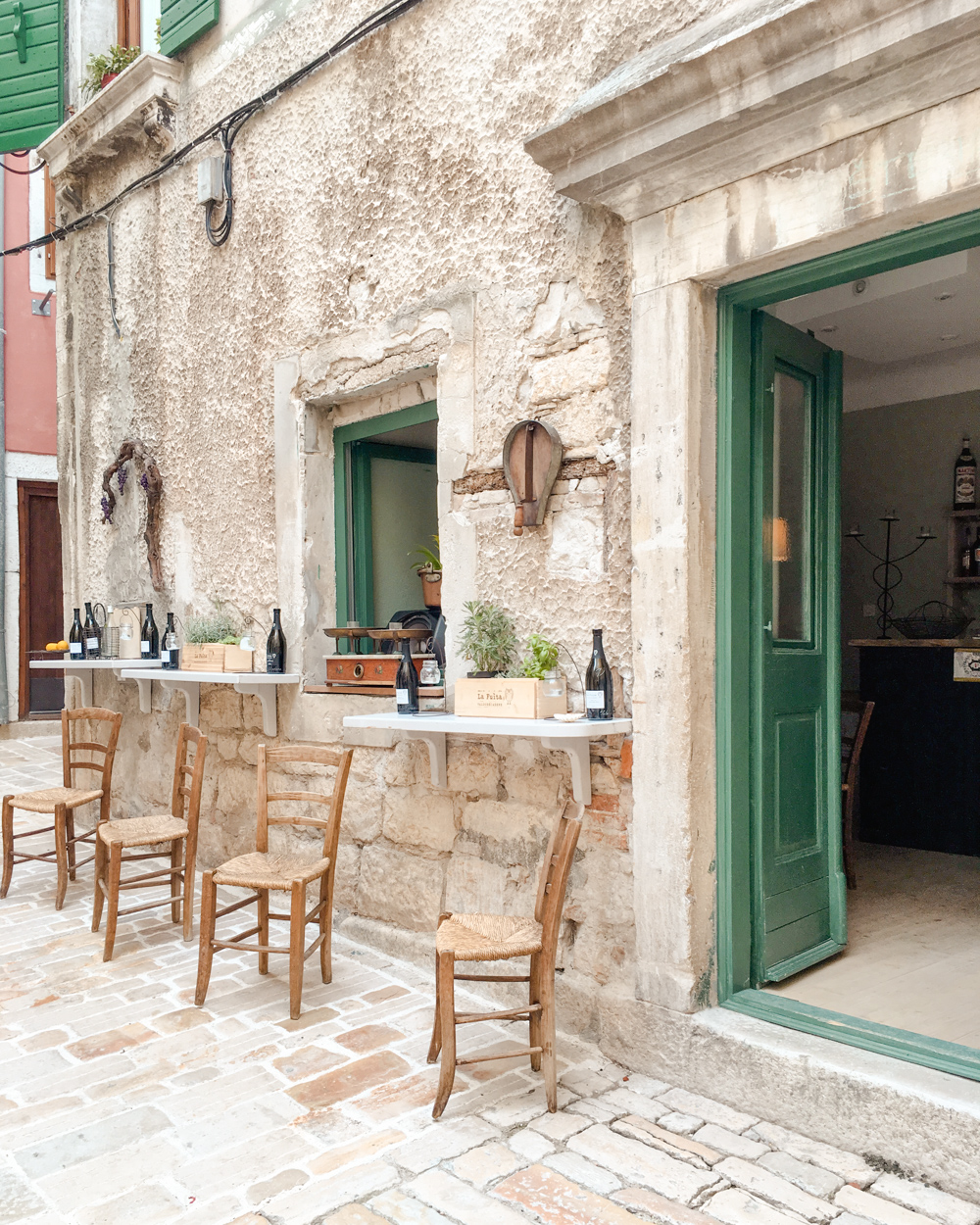 I visited Split a few years ago and absolutely fell in love with Croatia. For this weekend trip, we chose the region of Istria and its idyllic seaside town of Rovinj. 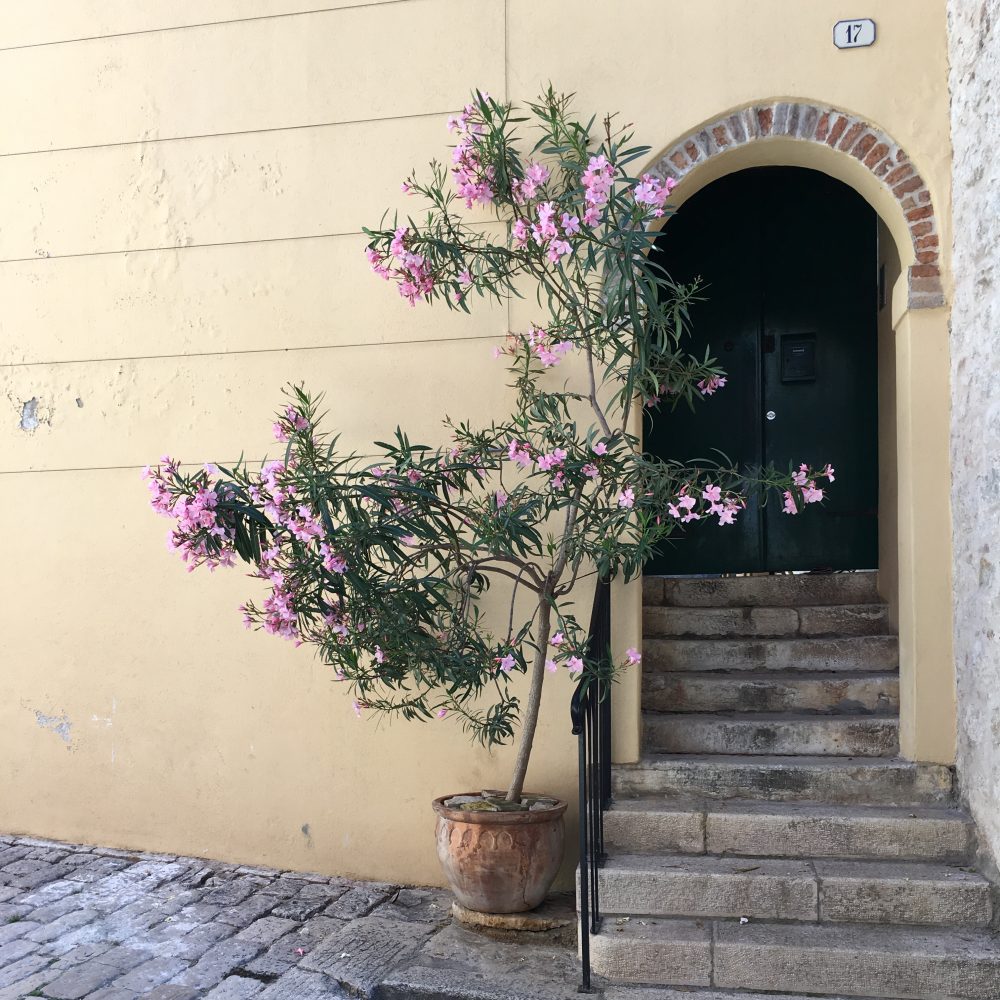 Rovinj reminded me of Tuscany with its quaint outdoor restaurants and cobblestoned streets. It’s a charming marina village filled with dreamy streets and enchanting scenes. 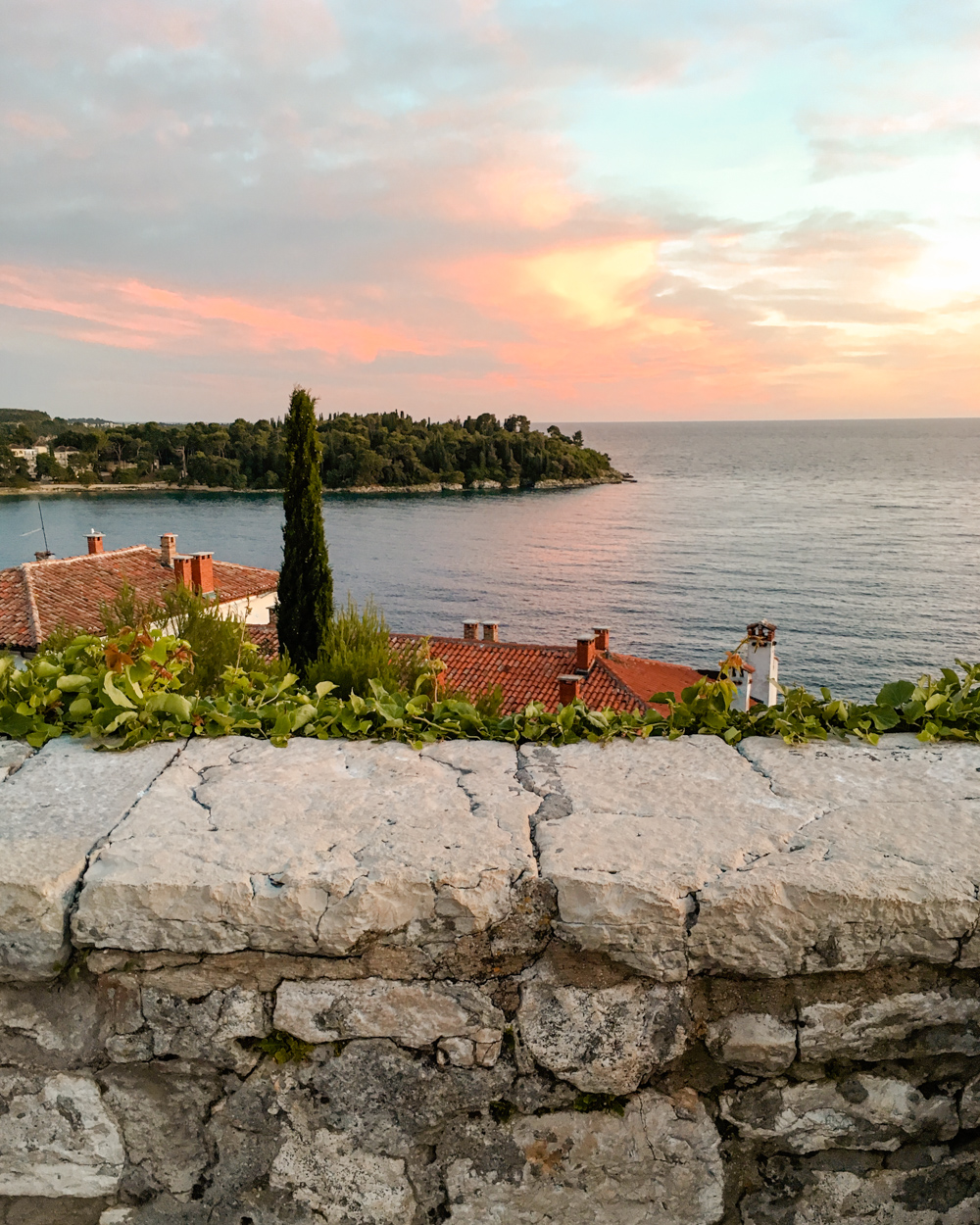 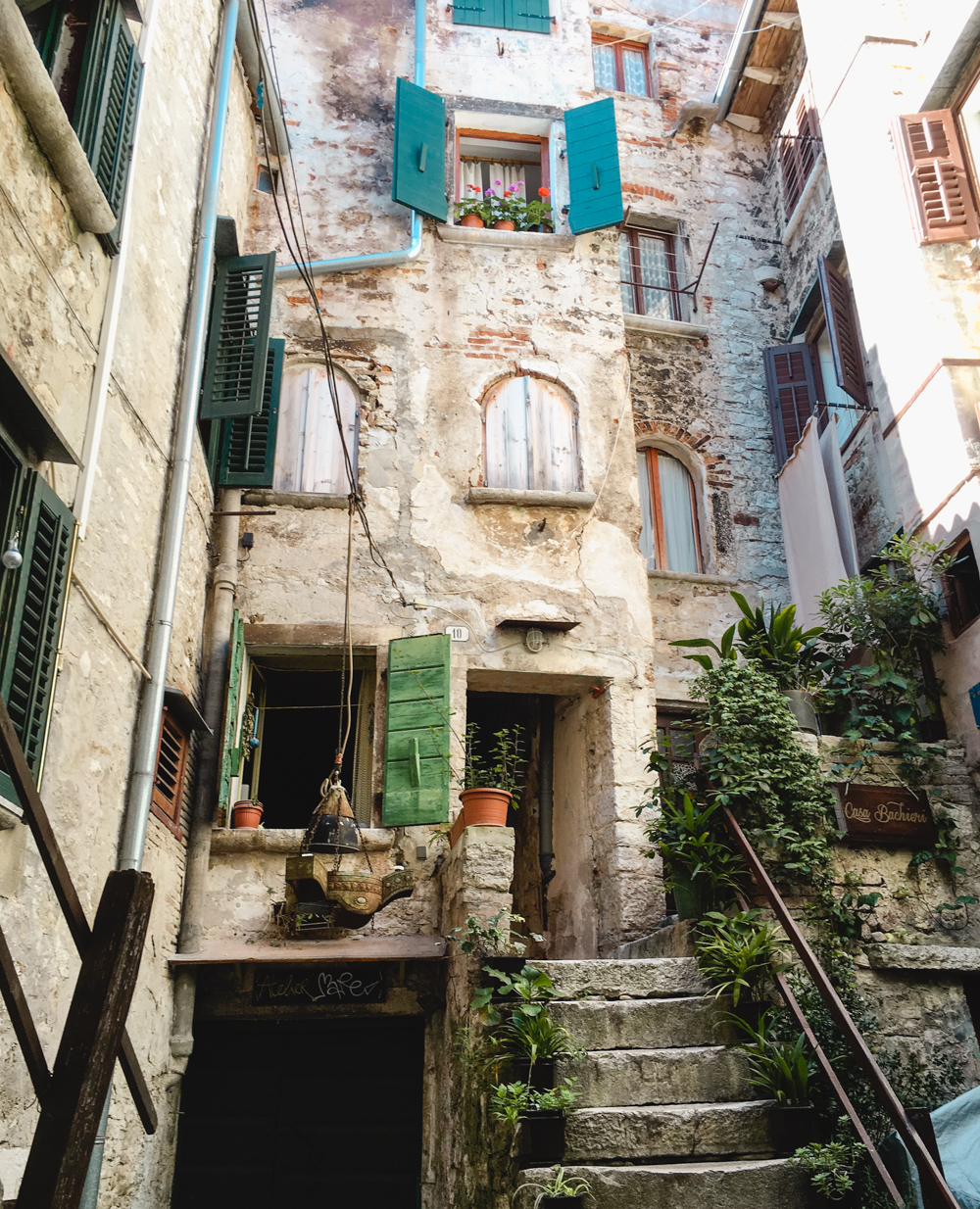 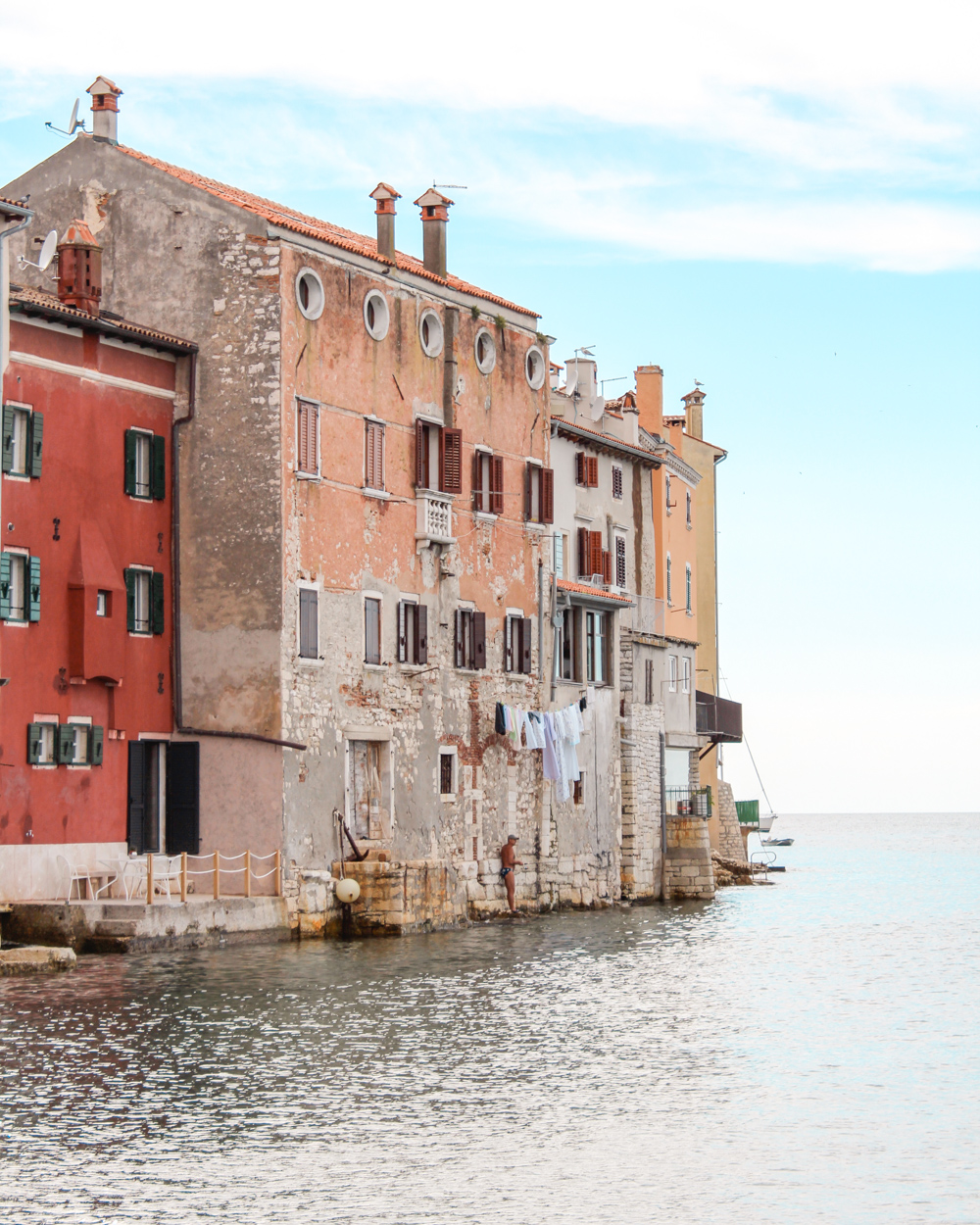 Where to Stay in Rovinj

We chose an Airbnb right in the city center because we were with another couple. Using Airbnb is an affordable choice when traveling in a larger group or when you’re after that local experience in an apartment. 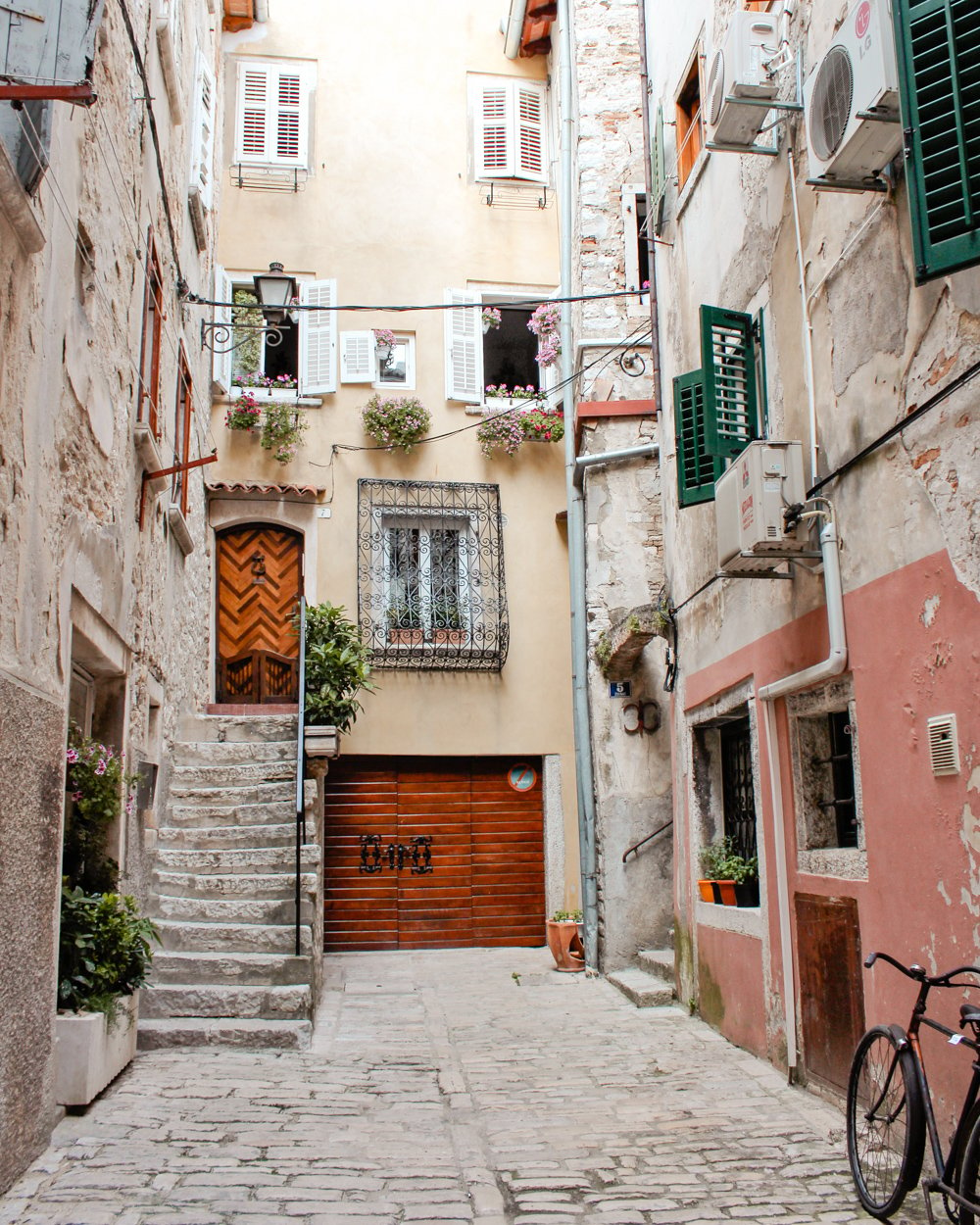 Hotel Adriatic  is a luxury resort with modern rooms with great views. When we go back in the off-season by ourselves, this will definitely be my hotel of choice. 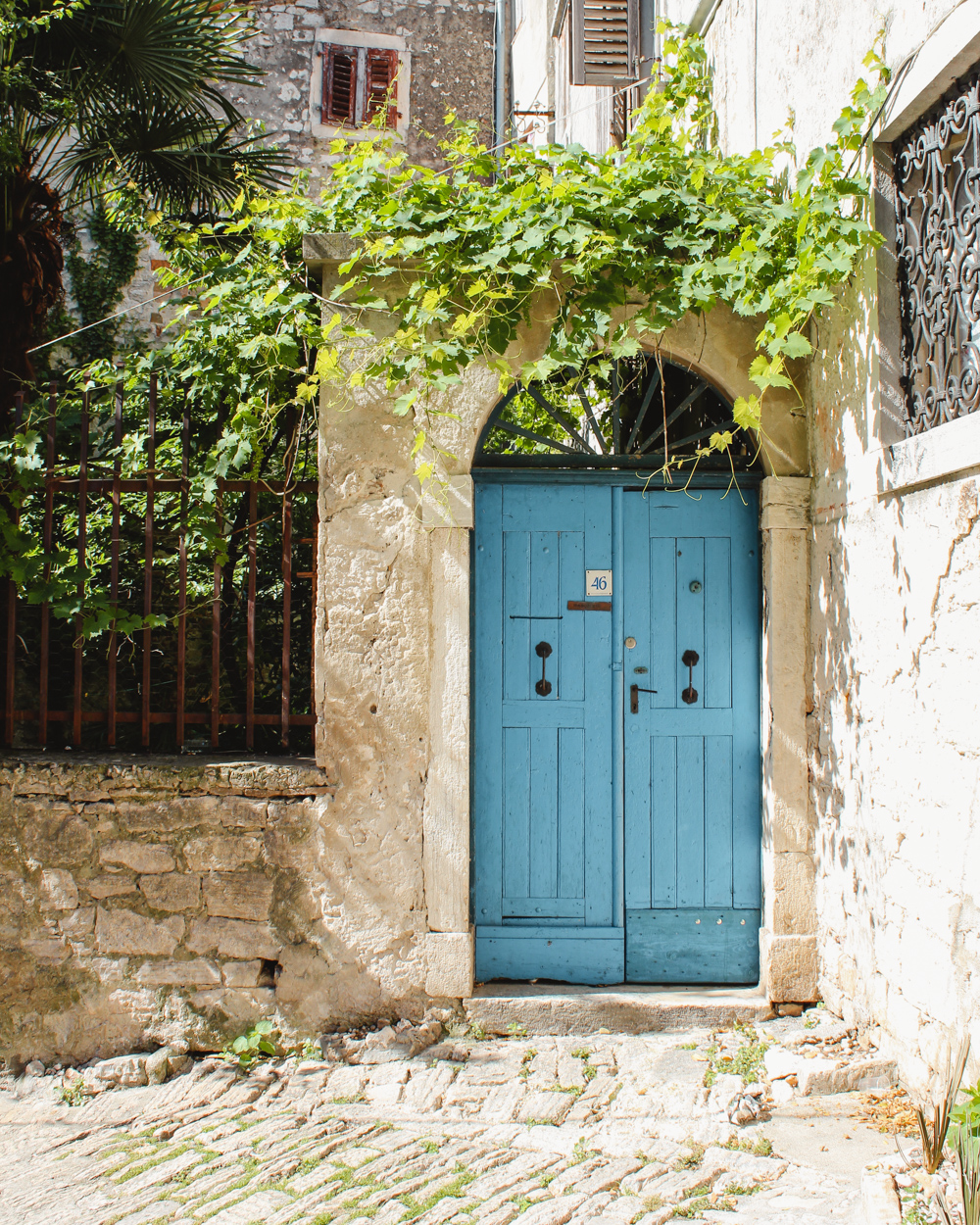 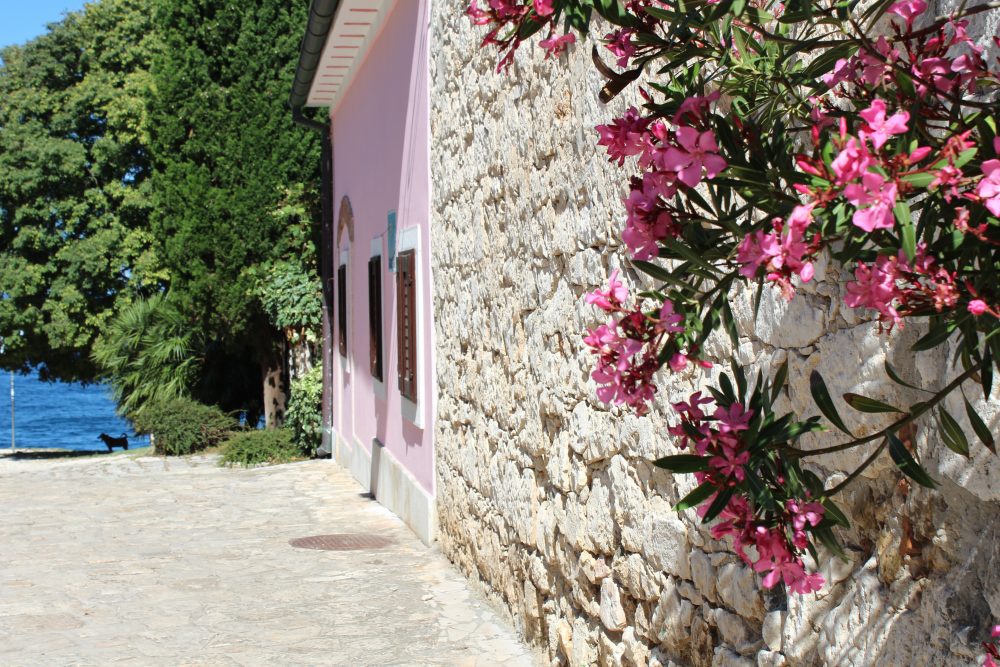 Where to eat in Rovinj

Restaurants line the sidewalks along the marina and the weather was perfect for outdoor eating. Croatia was playing in the Euro Cup that day and all the sidewalk cafes had brought out big TVs. Everyone filled the restaurants to watch the game and the streets would echo with noise when someone made a goal.

Gelateria Italia. Even when I’m not in Italy you can still find me hunting down the best gelato on a hot day. Try the soft serve style and you won’t be disappointed.

Maestral was nice for an outdoor meal by the ocean. Part of the kitchen was outdoors too so you could watch the chefs barbecue.

Our Airbnb hosts were also owners of Balbi. We never made it there, but it was packed. 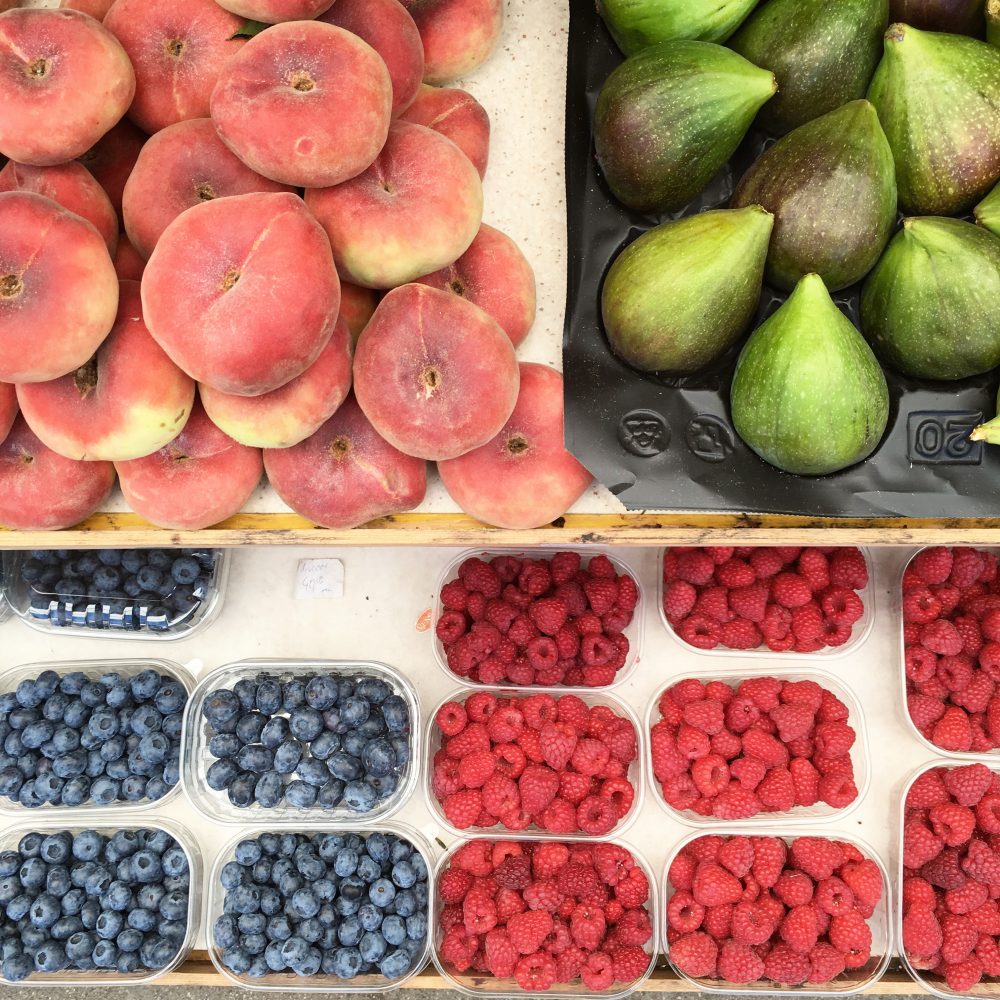 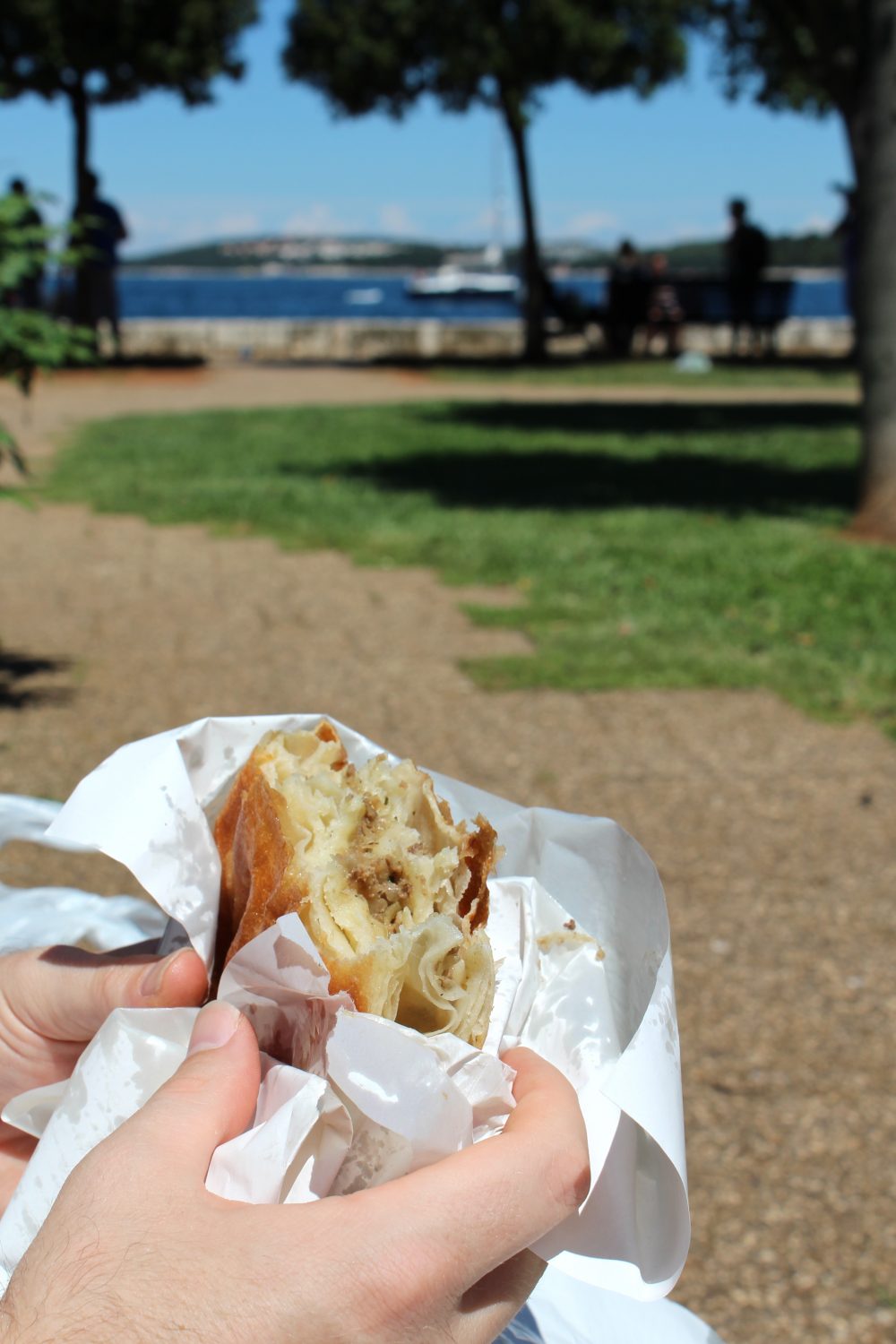 ….meanwhile Mr. Petite Suitcase tucked into a börek. If greasy, meaty pastries are your jam, consider getting that instead. 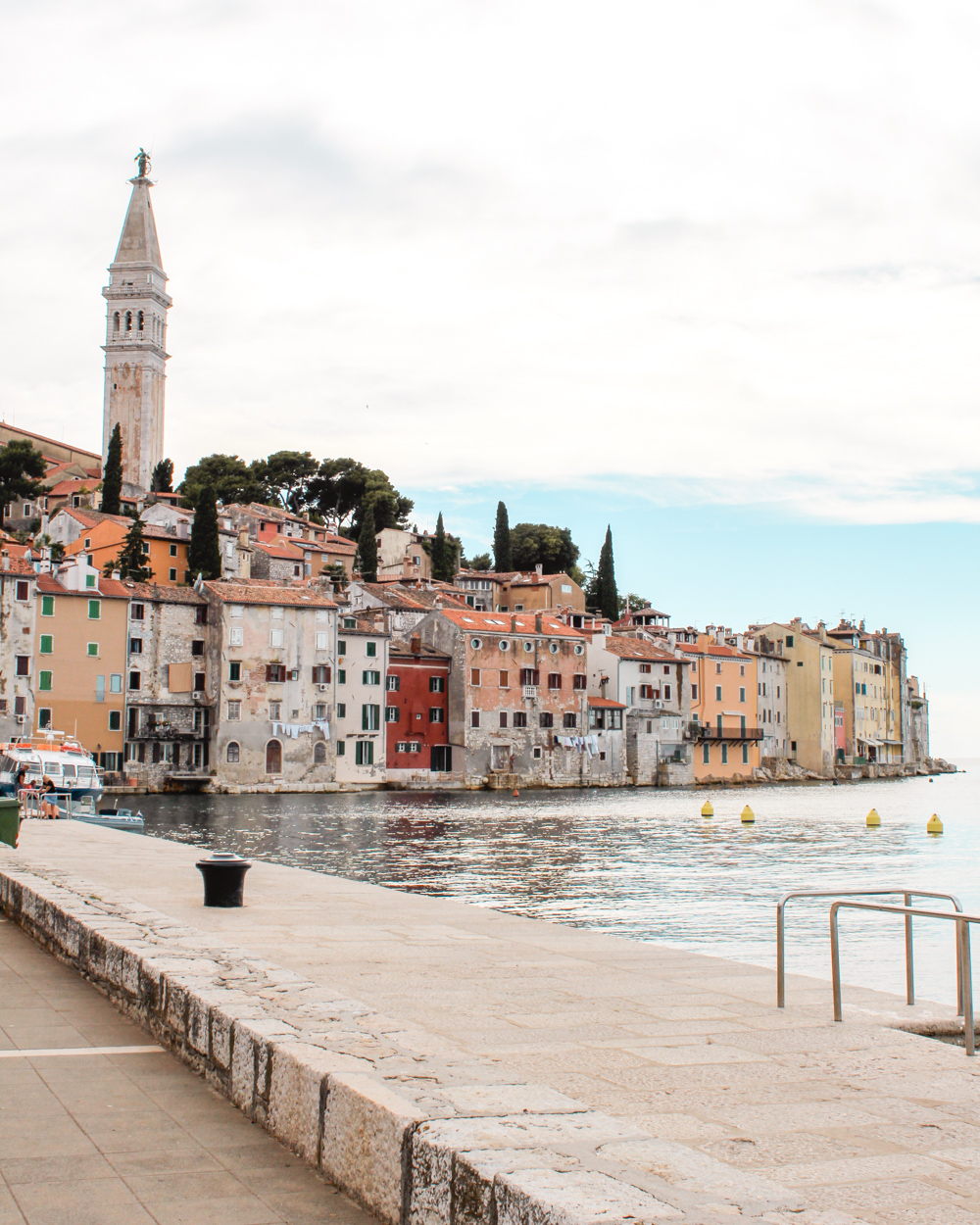 If you’re after a sandy beach, you’ll be looking for a while. Most of the beach options in Rovinj and the other spots I’ve visited in Croatia are rocky. I don’t mind pebble beaches…less of a sandy mess, if you ask me. 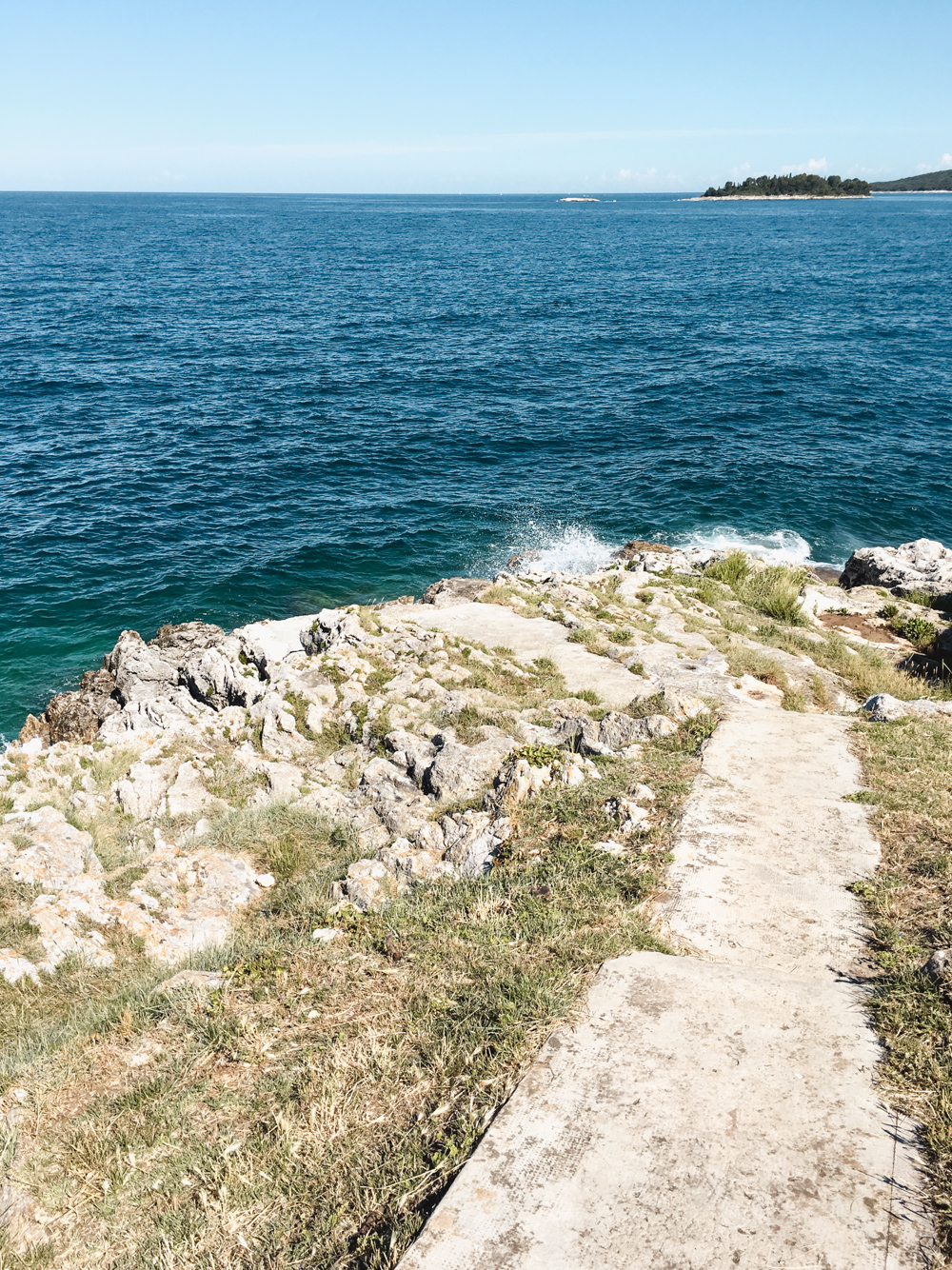 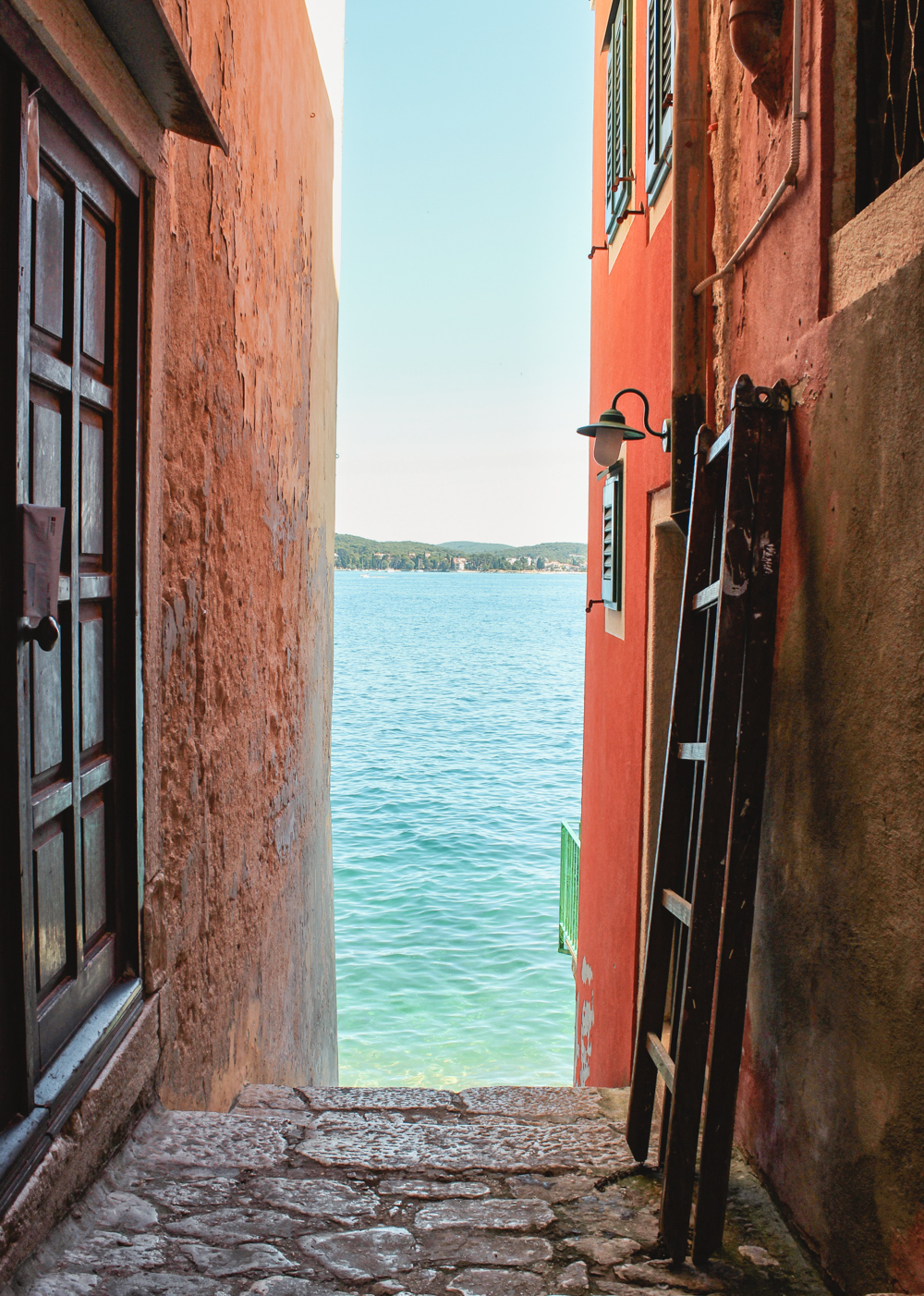 Car traffic is limited in the city center, but there is a parking area right outside town.

There’s a few islands that can be reached by ferry from the main port. If you’re in Rovinj for more than a night, I’d recommend popping over for a taste of the island life. 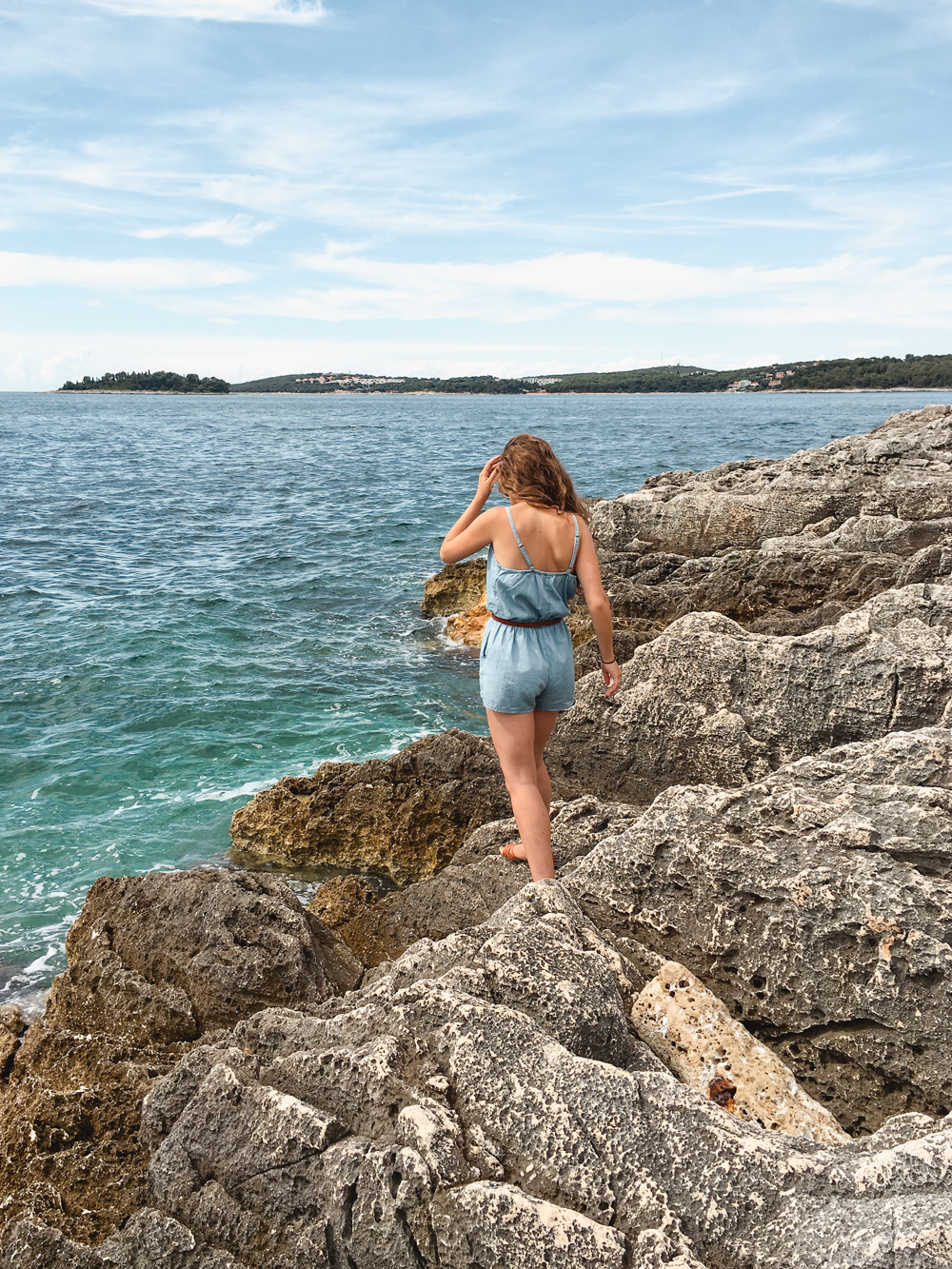 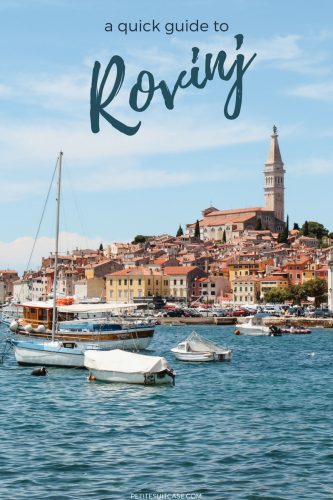 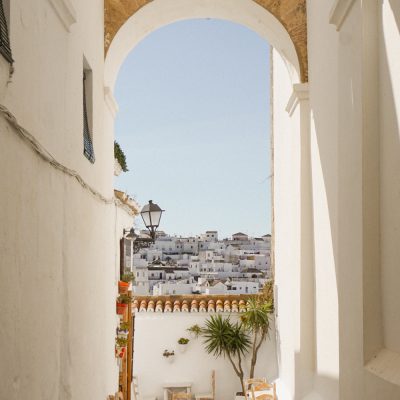 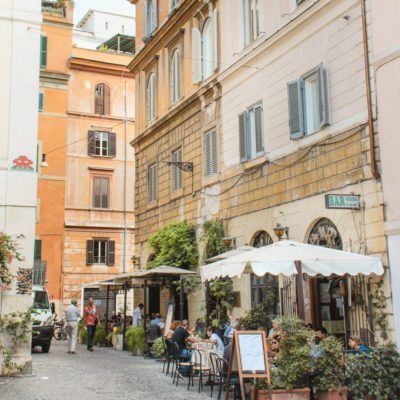