Sacramento has really been evolving the last few years with hipster coffee shops, a trendy restaurant and bar scene, and of course, the building of the new arena right in the middle of Downtown. I grew up in a Sacramento suburb and lived in Midtown for over 3 years before moving to Italy. So I might be bias, but the City of Trees will always have a piece of my heart. In this travel guide to Sacramento, I’ll share where to eat, the best coffee shops, where to stay and a few fun things to do in the area.

Where to eat in Sacramento

Orphan Breakfast House has the best damn breakfast and they know it. No ketchup, no credit cards, no reservations. Annoying, but worth it.

Pushkins’s Bakery is a MUST for gluten free baked goods and sandwiches. I would go to Pushkin’s at least once a week when I lived down the street. When I was visiting in October, I think I went 4 times in 10 days. 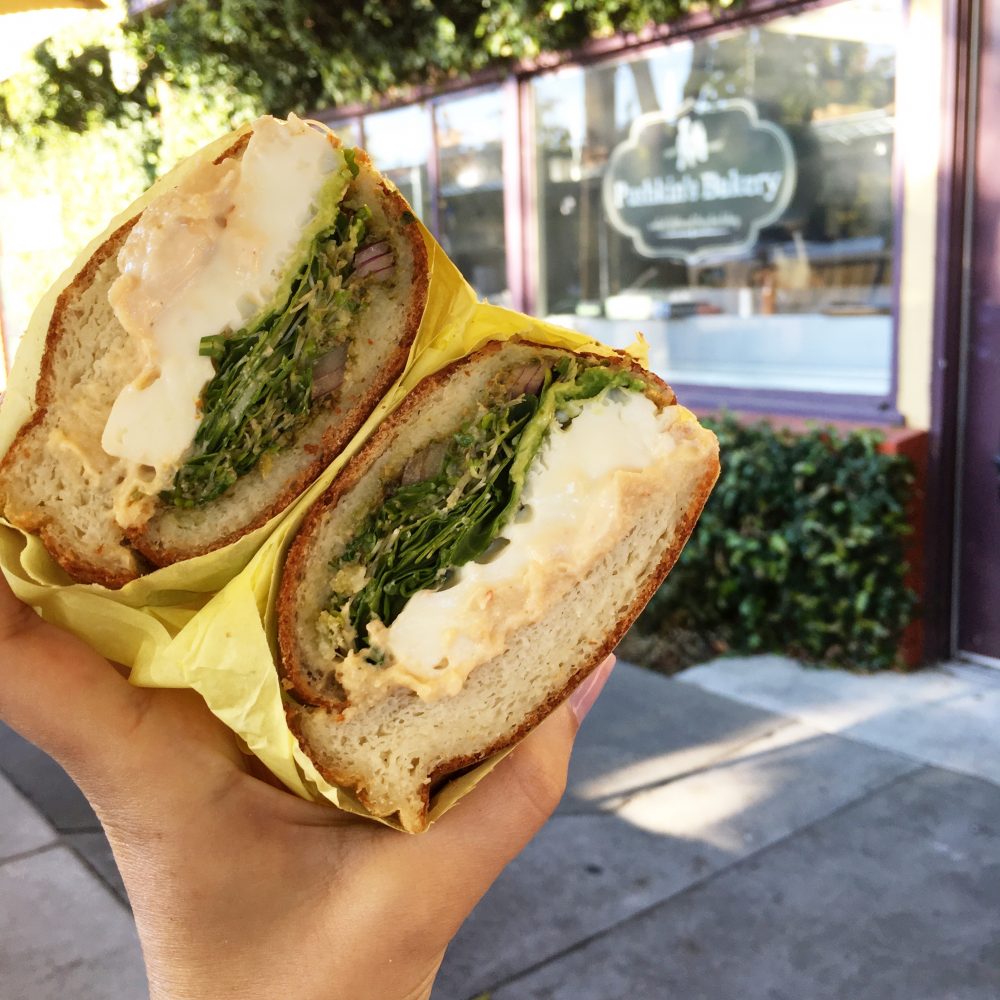 Ella for fine dining and a popular happy hour. Rumor has it the White Linen cocktail was invented here. Every cocktail I’ve had here is delicious.

Zocalo for modern Mexican and an amazing happy hour. Don’t forget to try the sangria or a blackberry margarita. 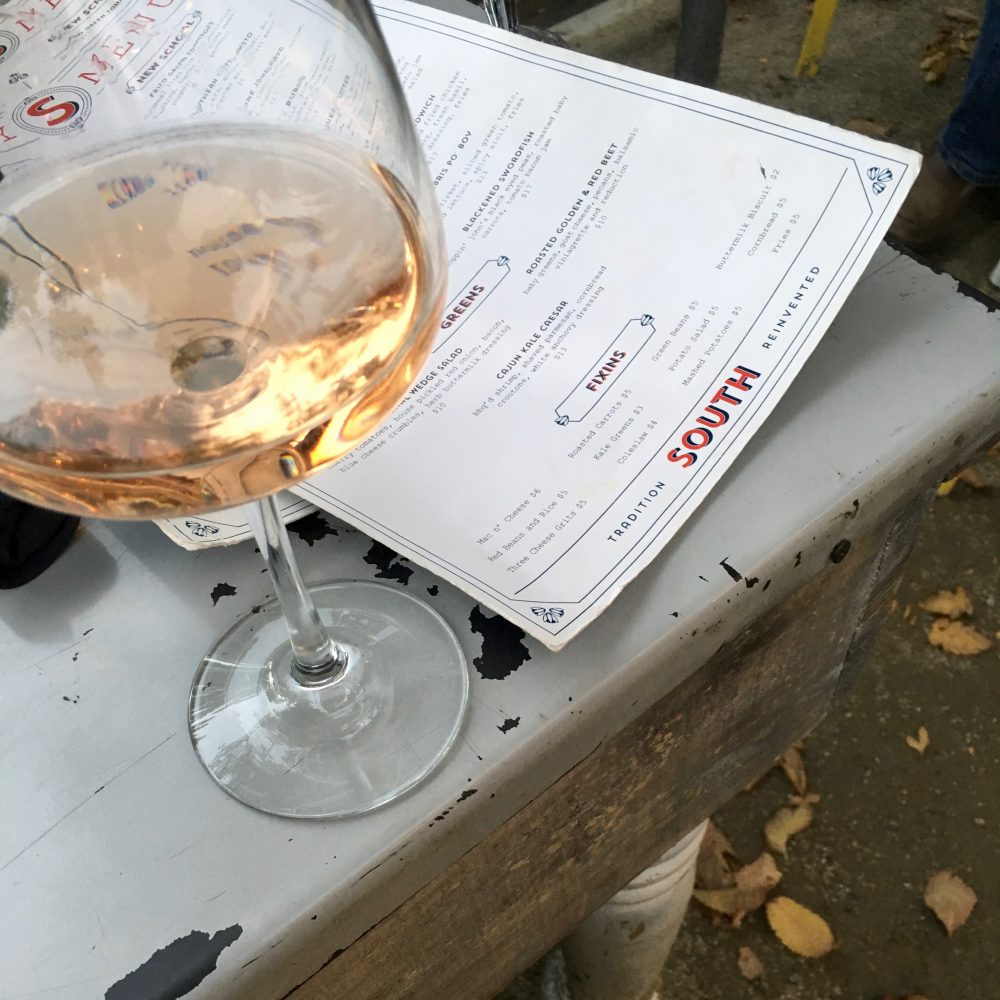 Waterboy for the quality of a fine dining meal and impeccable service without all the pretension. They also own One Speed located near the Fabulous Forties homes of East Sac. They serve fresh pizza in a high-energy atmosphere. The only time One Speed isn’t packed is for lunch mid-week. 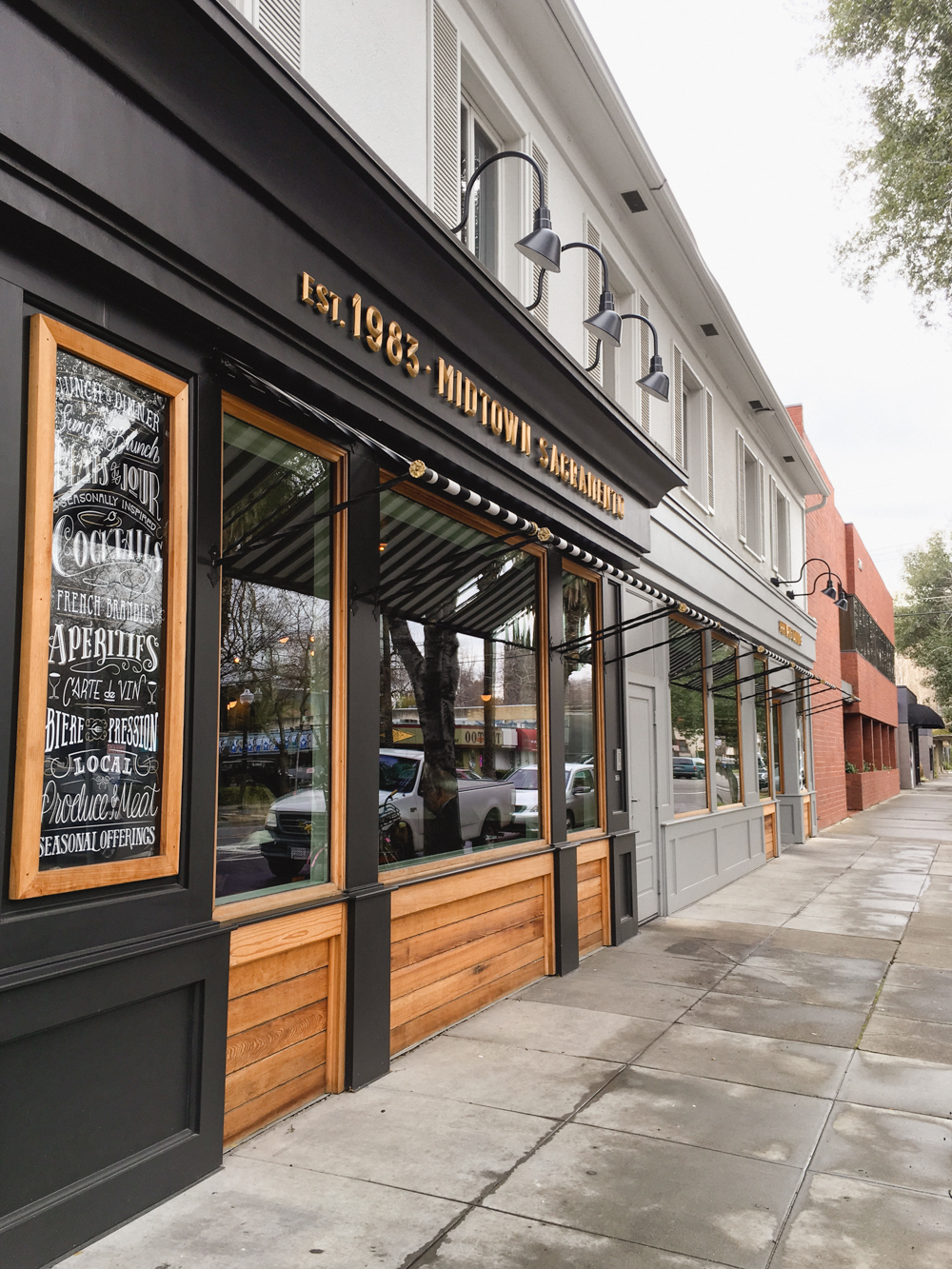 Where to drink coffee in Sacramento 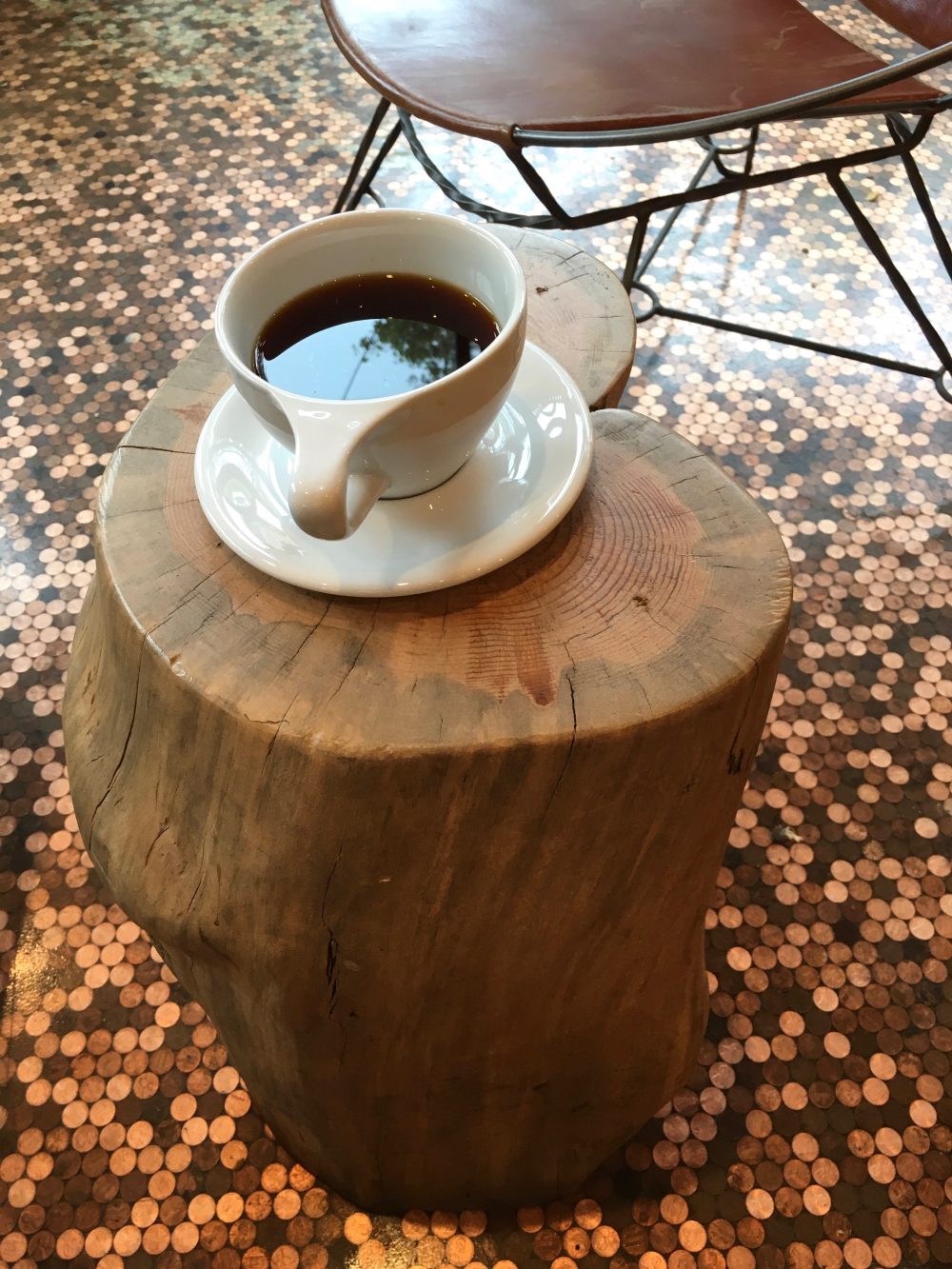 I don’t what has been going on lately, but Sacramento has had an explosion of hipster coffee joins. At certain times of the day, these spots can feel more like a library with #digitalnomads occupying every seat.

This digital nomad can really hog a seat on the Temple patio…. 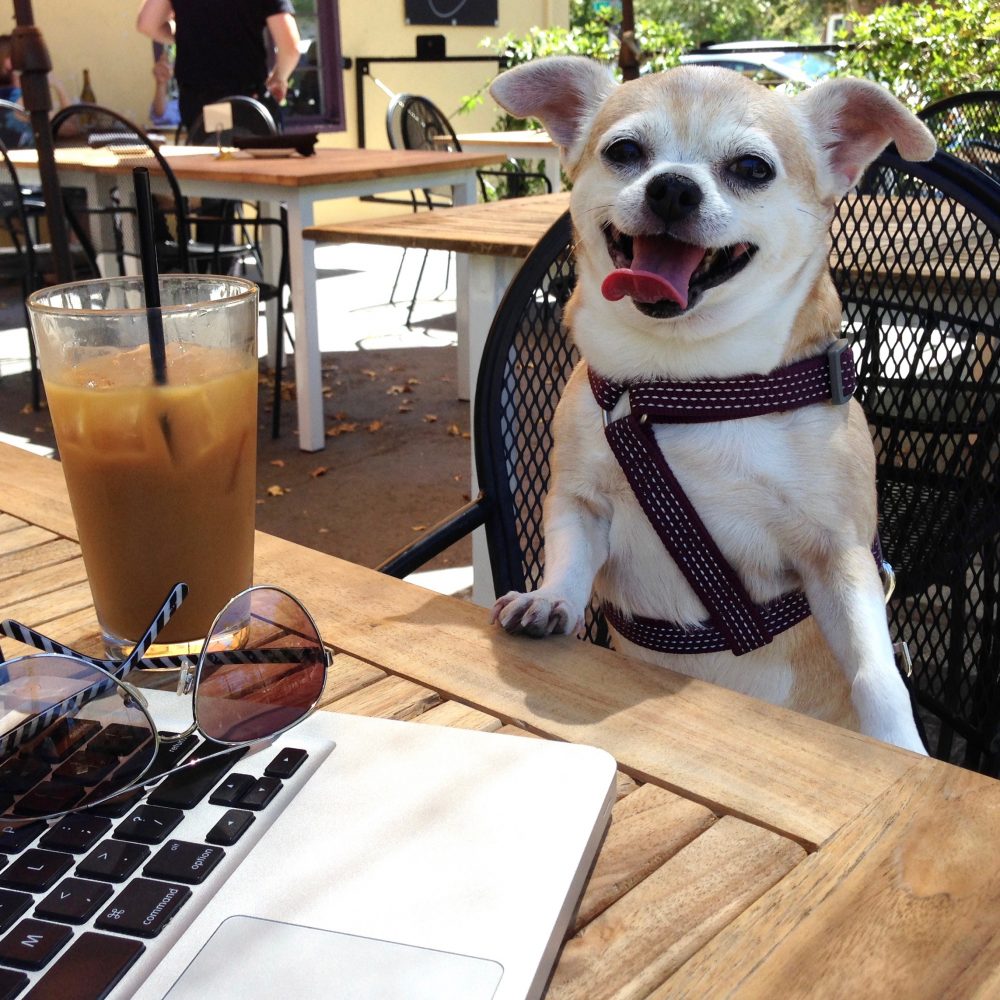 Temple has several locations now, but I’m partial to the S Street location since it was near my place in Midtown and has a cute outdoor patio. The new one on K Street is as shiny as a penny… Over 500,000 pennies to be exact. The entire floor is covered in hand-laid pennies and supposedly there’s a dime somewhere! 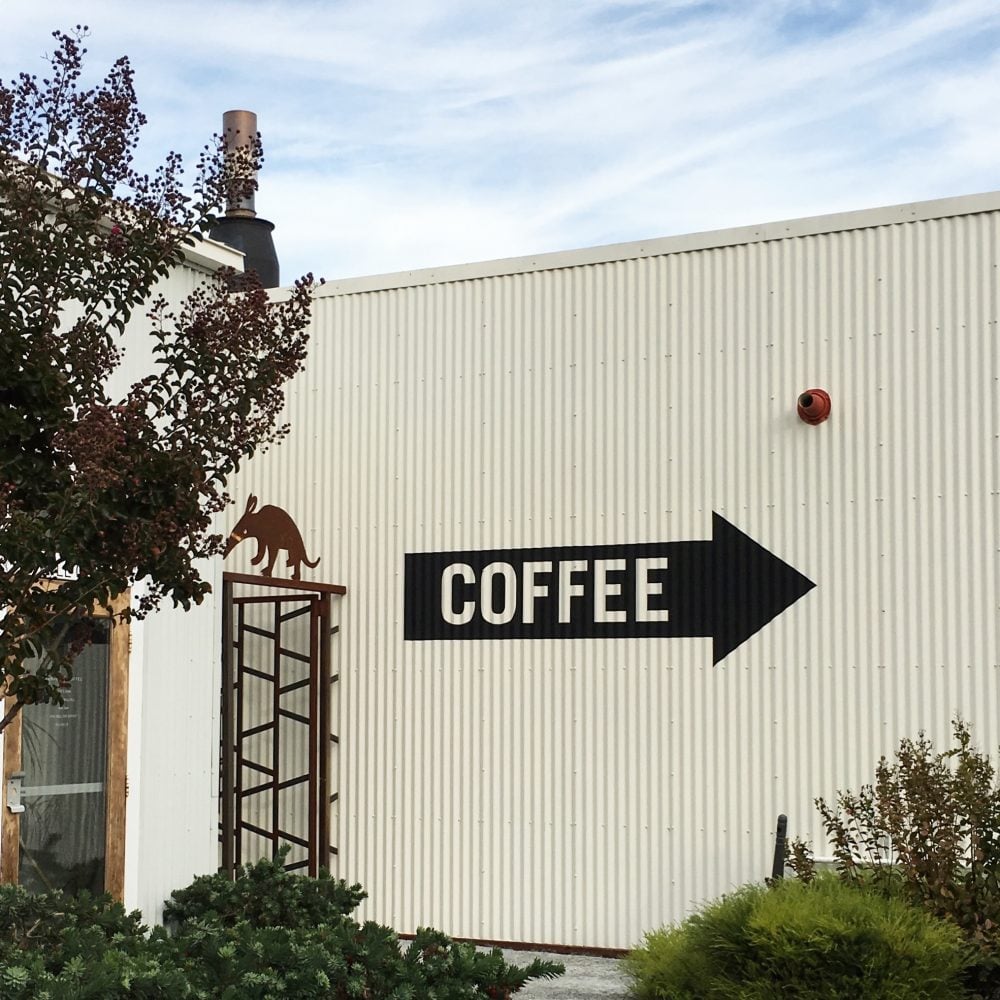 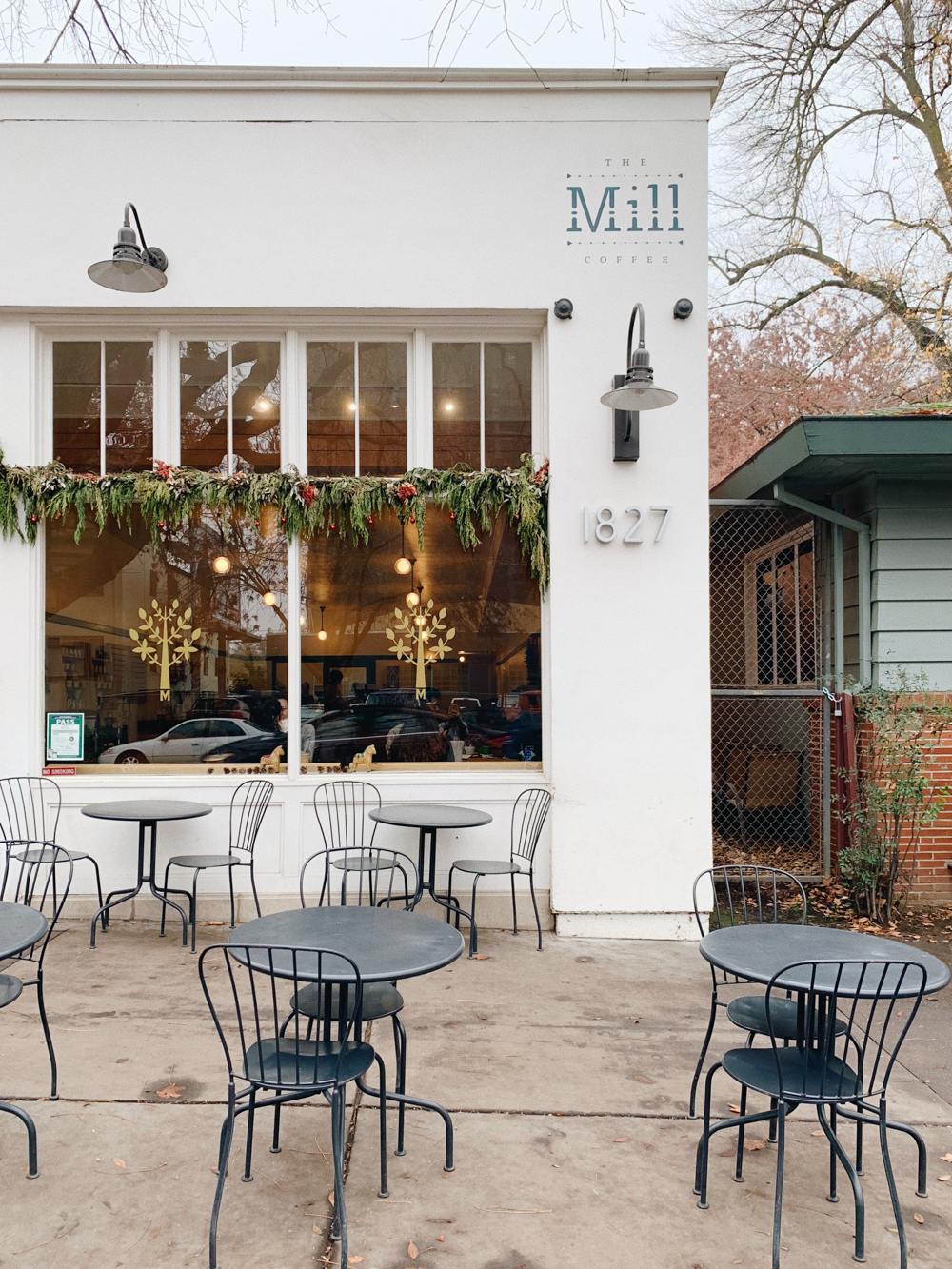 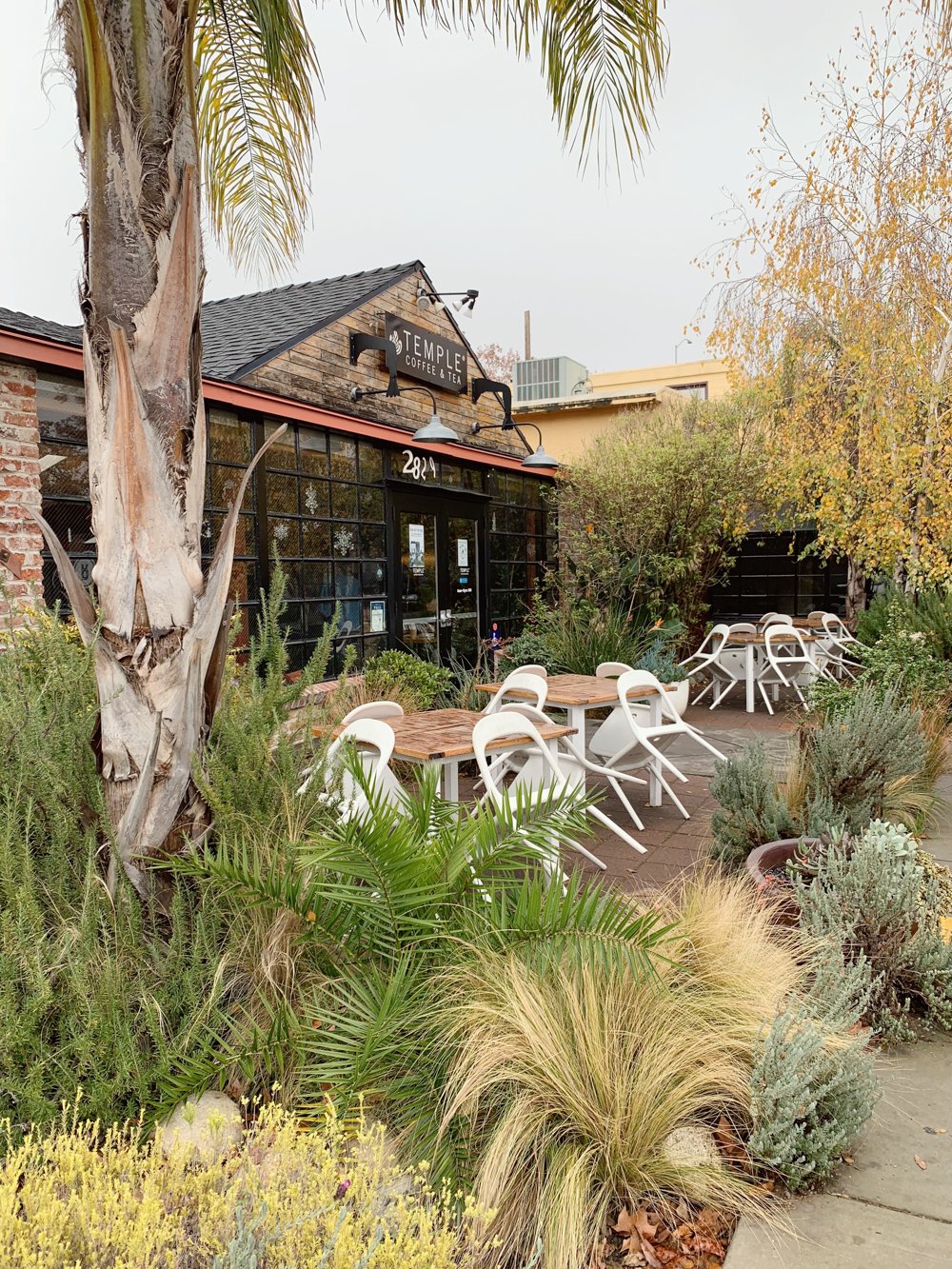 Where to drink (….not coffee)

Low Brau or the Biergarten for authentic German beer.

The bartenders at Hook and Ladder actually make the ginger beer, making this spot the best in Sacramento for moscow mules. They also make a delicious beet fettuccine from scratch. 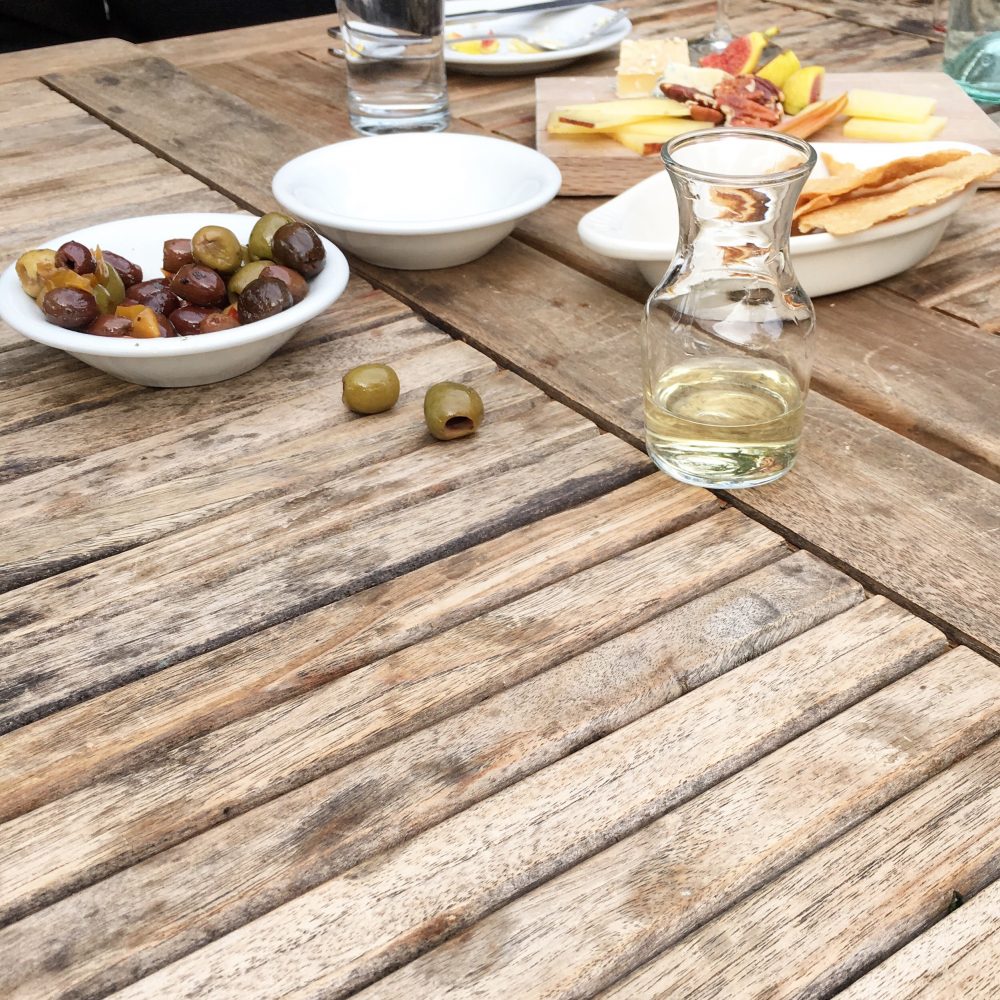 Centro for fruit infused tequila and Red Rabbit next door for tasty cocktails.

The Shady Lady offers an extensive selection of prohibition-era cocktails, prohibition only. A hipster bartender with his manicured mustache and fitted vest once refused to make my friend a Long Island Iced Tea because it’s not a “prohibition-era” cocktail. Nevertheless, it’s a fun atmosphere with quality cocktails (sans long islands). 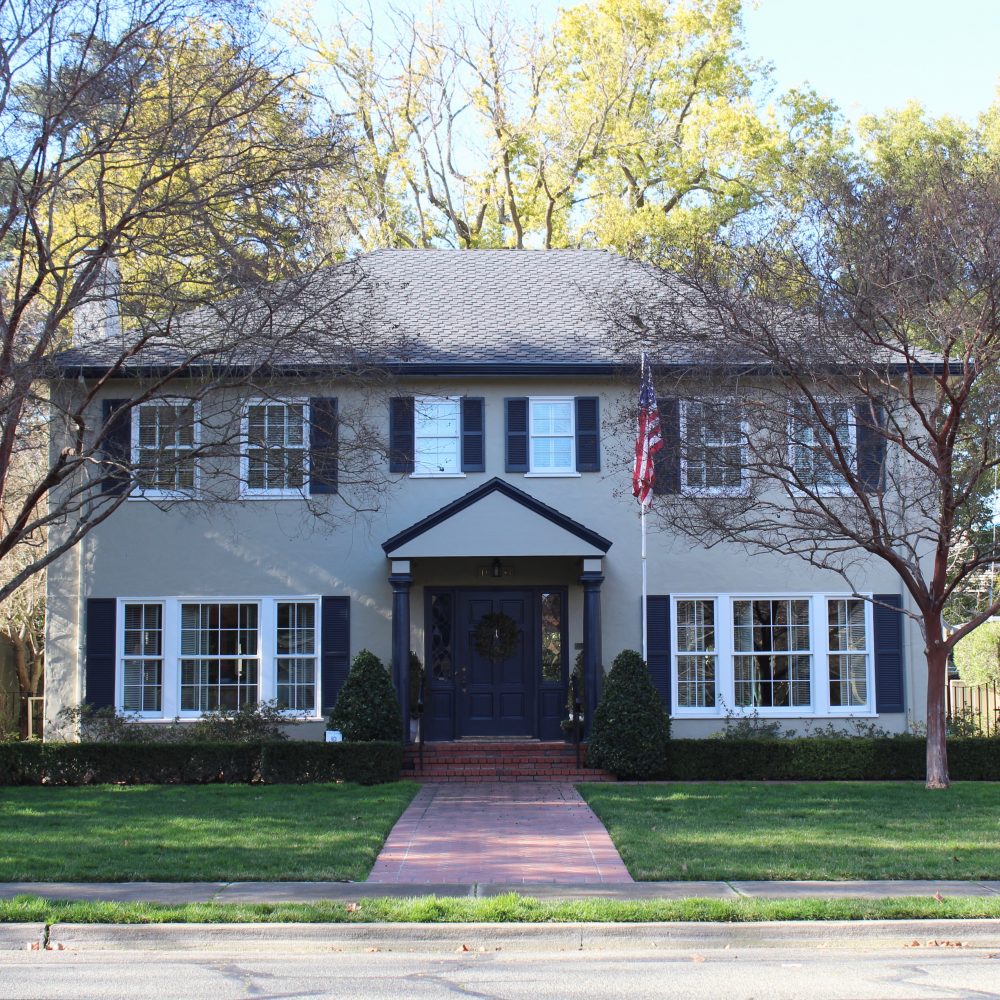 Where to stay in Sacramento

I’ve never actually stayed at hotel in Sacramento (because I lived there), but The Citizen has a reputation for being the finest. The Grange, their restaurant and bar on the ground floor, is consistently rated one of the best in Sacramento.

Things to do in Sacramento

California’s capital city is perfectly situated between Lake Tahoe and San Francisco, making it a convenient location if you’re planning a trip to Northern California. It’s also nestled right in the middle of several wine counties. Lodi, Amador and El Dorado County are known for producing tasty Zinfandels and Barberas. 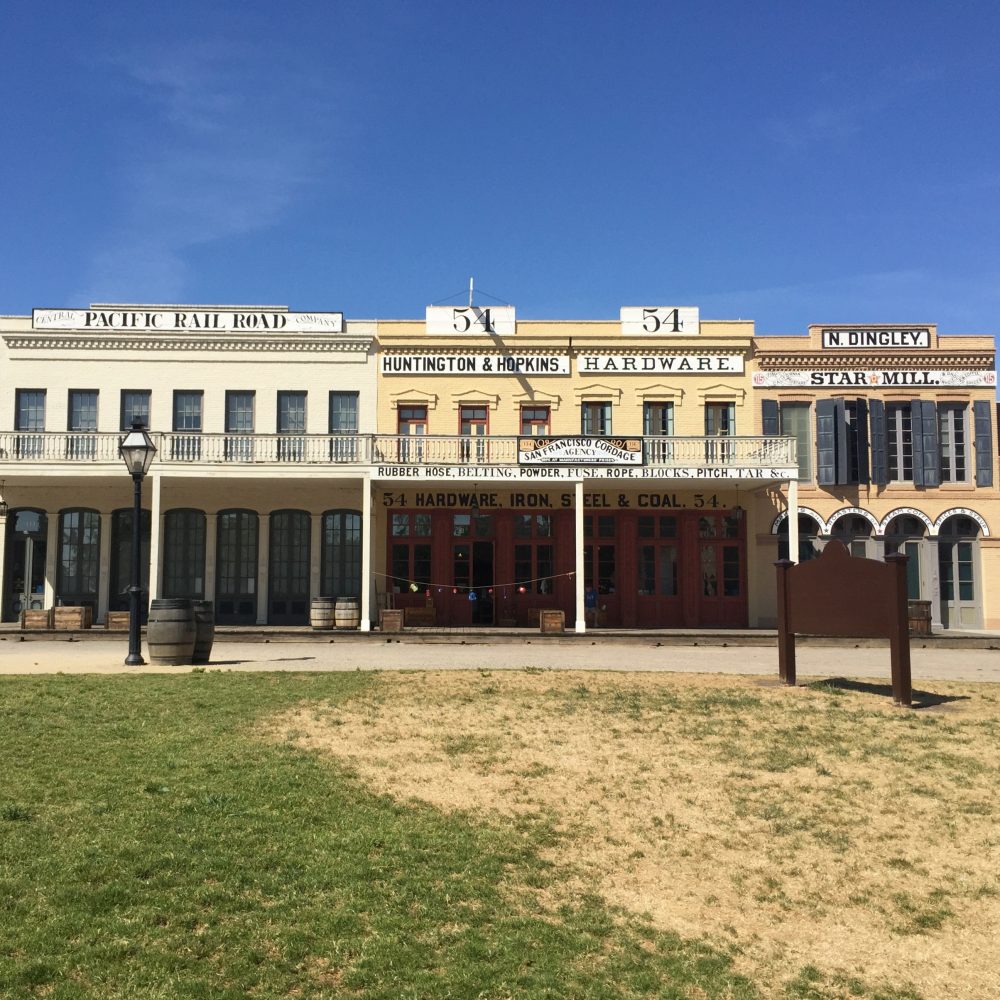 Head towards the river to find the historical buildings of Old Sacramento with its wooden planked sidewalks that line blocks of kitsch T-shirt shops and ice cream parlors. I know Sacramento gets hot, but there’s an excessive amount of ice cream shops in this three-square block area. Also if you have a small child or are a railroad enthusiast, the railroad museum in Old Sac might prove an interesting attraction. 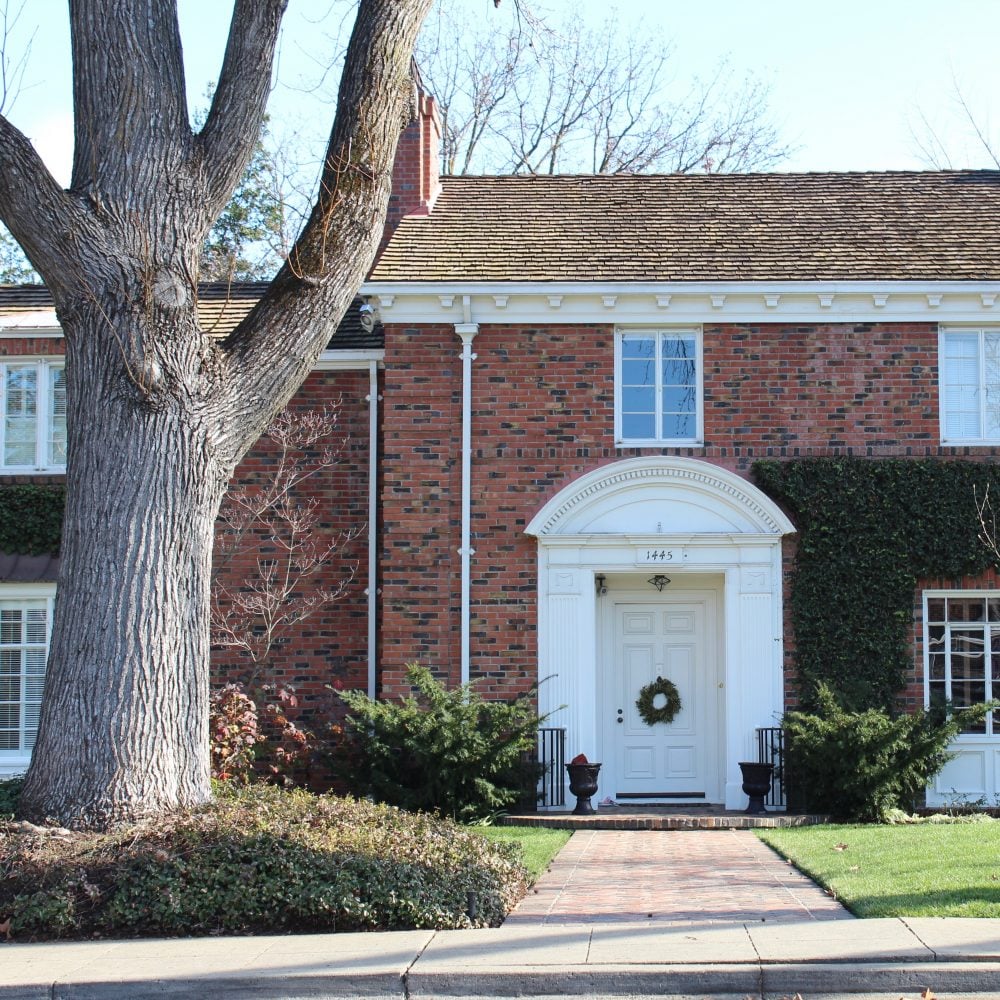 I hope you’ve enjoyed this little tour around where I called “home” for so many years. It was fun to be a tourist in my own town before I went back to Italy.

Have you ever been to Sacramento? I’d love to hear from you!

Pin it for Later 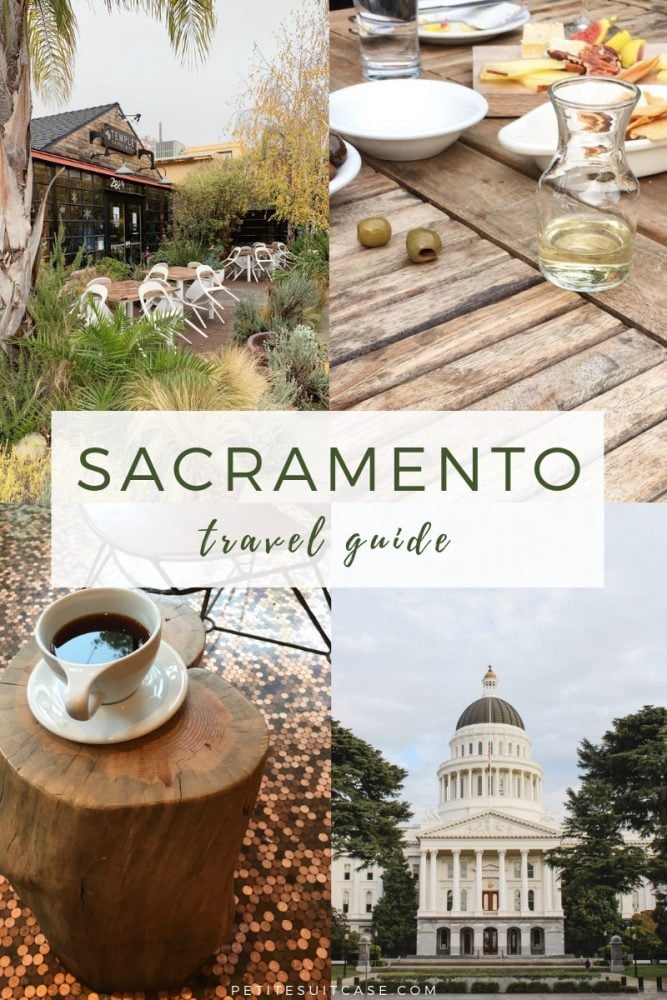 Doors of Rome
What Your Flight Attendant is Really Thinking