Along with cocktails, dogs and doors, I also have a thing for quaint bookstores. Now, if only I could find a cute dog in the doorway of a charming bookstore that also sold cocktails. Last September, I visited two bookstores within a week that both evoked a similar spirit of dream and nostalgia. Shakespeare & Company of Paris and Atlantis Books of Santorini both definitely hit the mark for eclectic, historical and charming bookstores… albeit no dog or cocktails. 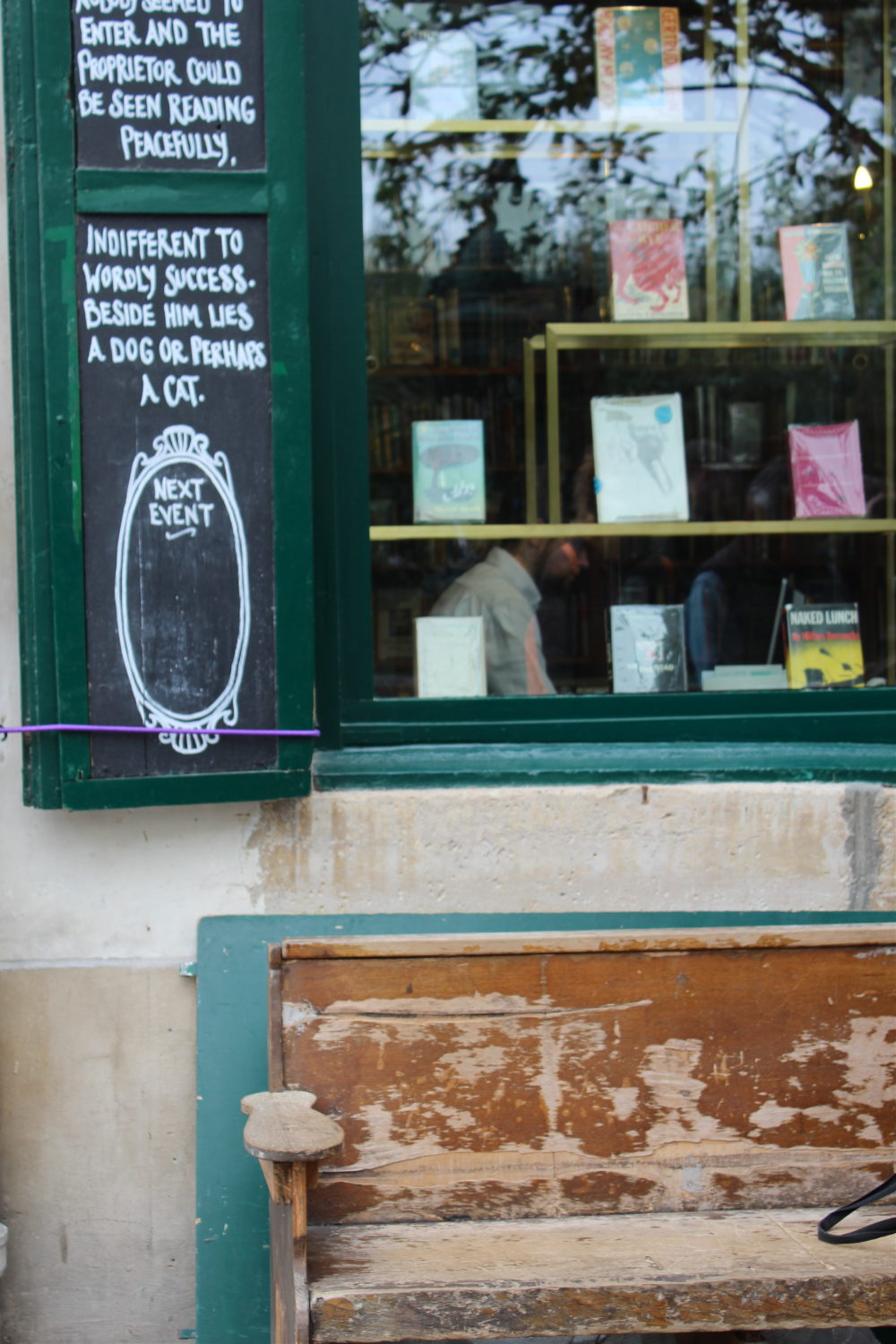 Both stores have a bohemian, free spirit perspective that welcomes readers around the world. The wall facing the pedestrian street of Oia, Santorini outside Atlantis Books says, “The owner of the library is not he who owns the legal title…Any one and every one is owner of the library who can read the same through all varieties of tongues and subject and style…”

The original Shakespeare and Company was opened by expat Sylvia Beach on Rue de l’Odeon in 1919. Famous writers and intellectuals, such as Ernest Hemingway and Gertrude Stein, frequented the bookstore before the German occupation forced it to close in 1940. It’s current location on Rue de la Bucherie was established by George Whitman in 1951 and it’s still operated today by his daughter, Sylvia Whitman. A whole room in Shakespeare and Company is dedicated to loaner books as part of the Sylvia Beach Library.

Visitors aren’t allowed to take photos inside (annoying… I know), so here are a few from their website. Be sure to check out their tumblr for historical photos like this one, too.

Atlantis Books in Greece is much smaller than it’s seemingly sister store in Paris, but it’s still a labyrinth of stairs, ladders and shelving.  Open for about 10 years, Atlantis Books owners tell the story of how their idea came to fruition: a series of emails calling together different connections, a network of friends each contributing to the store’s success. Get the full scoop here .

At Atlantis, I chatted with a Peter Pan-esque employee in blue tights who seemed to have an inner playlist of Bob Dylan hits on repeat…. I’m thinking “Mr. Tambourine Man.” He stood wistfully, staring off into space with his hands on his hips like a figure in a Renaissance painting…relaxed from his daily dose of ginseng herbal tea. I told him how I thought the shop was reminiscent of Shakespeare and Company. He responded, “I used to live there, too.” 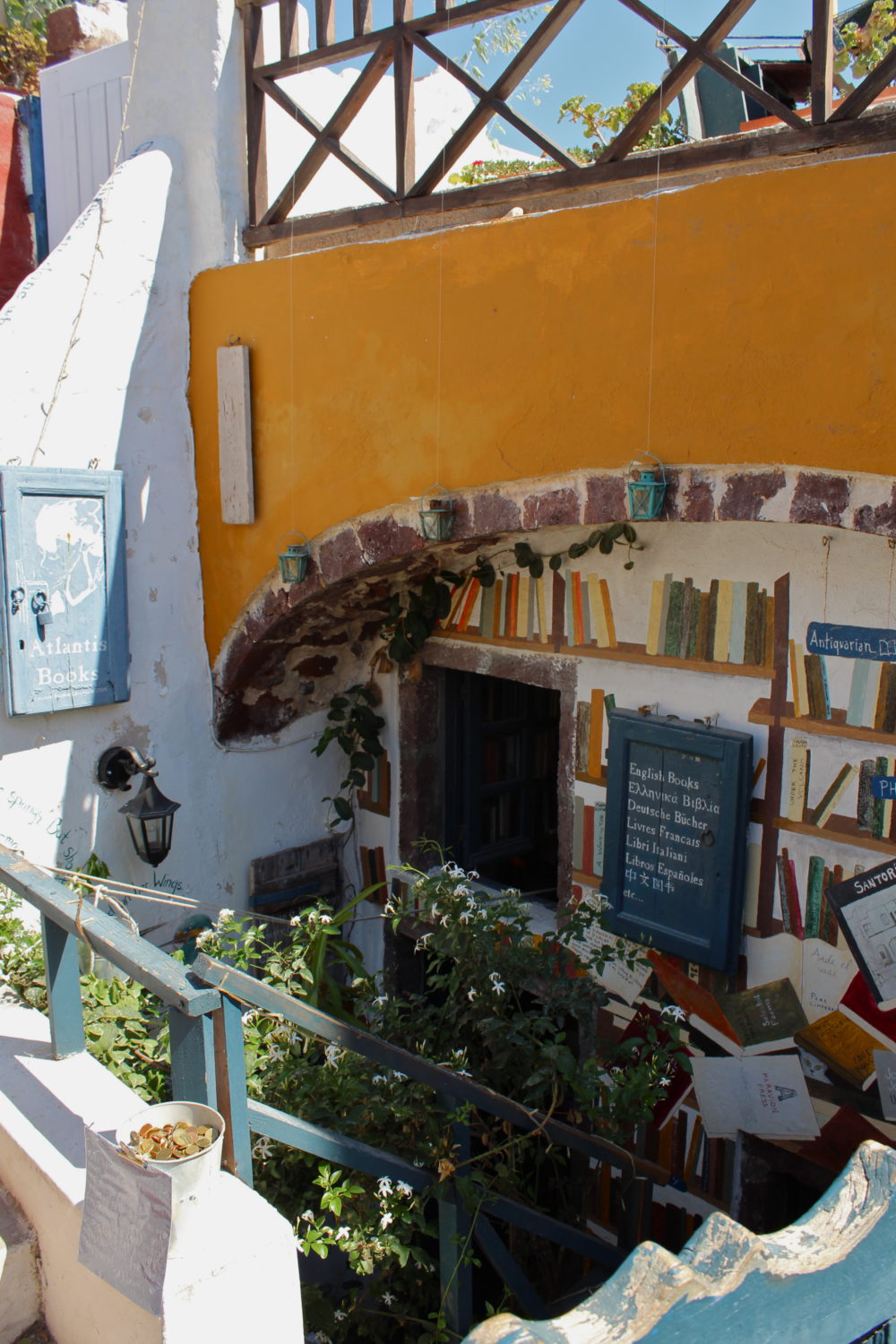 Apparently, both bookshops are so inclusive you are allowed to sleep there! Over the years, it’s estimated that over 30,000 “Tumbleweeds” have called the small beds and benches in the Parisian shop home. I didn’t get the details of this arrangement, but the website says “Three things are asked of each Tumbleweed: read a book a day, help at the shop for a few hours a day, and produce a one-page autobiography.” An entire book?…Either Tumbleweeds are Jedi Master readers or the books are short.

Whether you’re a wayward tumbleweed, a wandering tourist or a Don Quixote with your head in the clouds (as George Whitman would say) both bookstores are a must-see for any booklover in Paris or Santorini. 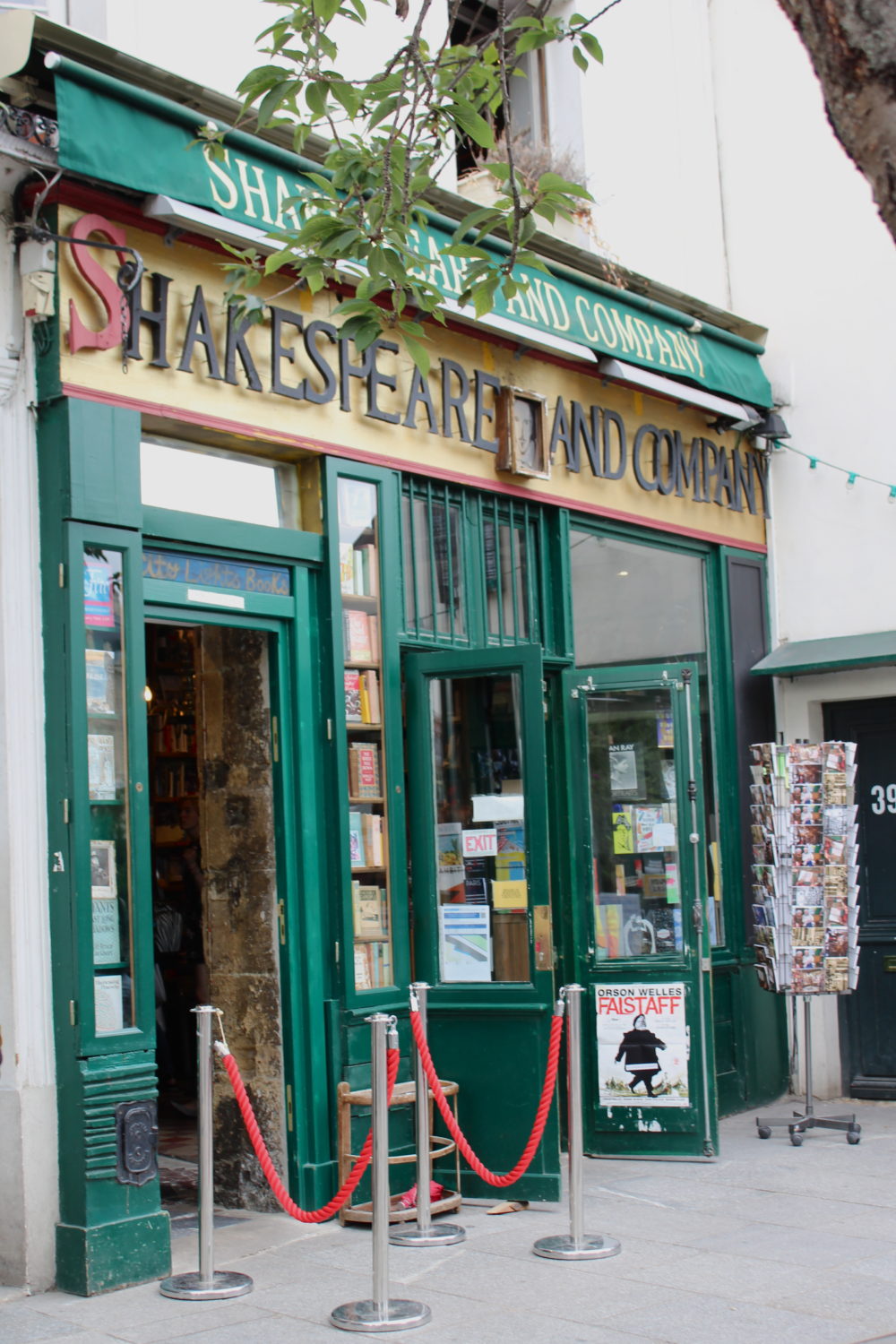