So you’re going to Naples and you’re afraid you’ll have to miss out on one of the best things the city has to offer? Rest assured, several pizzerias offer gluten free pizza that Naples dreams are made of. After a year of living in the area and many, many pizzas later, I can assure you there are some amazing spots for gluten free pizza in Naples.

I can’t be responsible for the serious pizza craving this post may induce… full disclosure.

Pizza in Naples won’t come precut and it’s eaten with a fork and knife. Although, I have noticed younger generations will occasionally use their hands and pick up a piece. Sometimes a pizzeria will charge extra for gluten free, but even then it’s usually around $6… for the whole pizza!

I stick to the classic Margherita, but almost always get the one with Mozzarella di Bufala. Pizza in Naples is about quality, fresh ingredients and perfecting the basics. You’d never see a pineapple and ham pizza on a menu. Surprisingly, a lot of varieties won’t have red sauce at all.

Despite being a country famous for pizza, pasta and carbs in general, Italy is very gluten free friendly. Italian grocery stores carry an extensive selection of GF foods. If you’re not around a big grocery store though, keep your eyes peeled for a farmacia. They usually have a small selection.

Italians understand that celiac is a disease and they don’t treat it like a fad or trendy diet. The two phrases you’ll need to remember are, “Sono celiac” (I am celiac) and “Senza glutine” (without gluten). Now that we have the basics down, here are my top recommendations.

Where to go for the best gluten free pizza in Naples, Italy:

Starita was the first place I had gluten free pizza in Naples and for that it will always have a place in my heart. It’s authentic, real deal Neapolitan pizza. I’ve seen them bring the dough from the back so I know they are extra careful with cross-contamination. Also, their house wine is light, fruity and served just a few degrees cooler than usual. Very refreshing on a hot summer day in Italy.

Da Concettina ai Tre Santi definitely has that delicious pink sauce phenomenon when the watery Mozzarella di Bufala mixes with the tomato sauce. Their gluten free pizza has a slightly thicker crust. They were also quite generous on the basil, instead of just placing one lone leaf as a garnish.

Their gluten free pizza was a little on the salty side for me, but Pizzeria Vesi is located right in the thick of Naples with an outdoor patio. We visited in the middle of Ferragosto (late August when most places are closed) so I was happy just to find a place open!

They cook the pizza in a copper container to avoid cross-contamination while still maintaining a crispy edge. Don’t be confused by the store front about a block away, the actual restaurant is around the corner.

I’ve heard Sorbillo’s has gluten free pizza. I couldn’t tell you though. When I visited, they looked at me like I ordered Chinese food. She shook her head, said something in Italian to the effect of, “No, we don’t have that…” Like ever? Or are you just out right now? I’ll never know. My “gluten free pizza” was a little disappointing and looked like this…

UPDATE: There is a second Sorbillo’s location on Via Partenope that has gluten free pizza! Cassandra of Travel Italian Style and I headed there to investigate. I’m happy to confirm, the rumors are true… and the pizza is delicious! It was hot and doughy, not too crispy. I also prefer this location for the ocean view, outdoor terrace and more friendly staff. They have gluten free beer too!

Look, I know Rossopomodo is a chain restaurant, but there are two locations in the downtown area. If you find yourself in a pinch or hungry during riposo, this place will probably still be open. One of the locations is right on the water along the lungomare, Via Partenope.

It should be noted too that I was not impressed with Ristorante Mammina on the same waterfront street. They have gluten free pizza, but it was not very good (photo above).  I also had a poor experience with them confronting me about wanting a larger tip after poor service, a high coperto and service charge already included.

Where have you had the best gluten free pizza in Naples? As a celiac and pizza fanatic, I’d love to hear any recommendations in Italy.

Lavender Fields in Provence
12 Reasons You Should Visit Lisbon 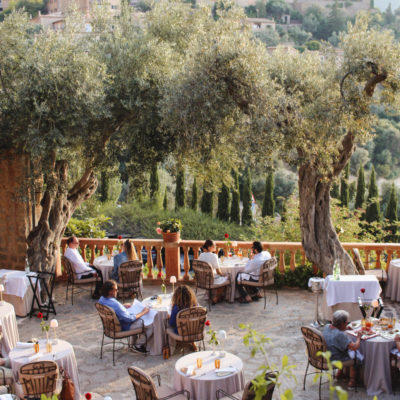 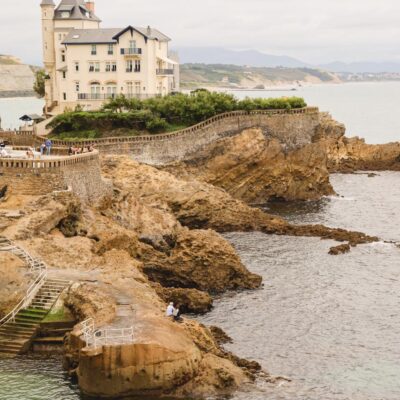