Procida and Ischia are two charming islands off the bay off Naples. They’re not as well known compared to their sister island of Capri, so they’re less spoiled by cruise ships and mass tourism. These islands are more affordable as well. You won’t find any designer shops in sight. 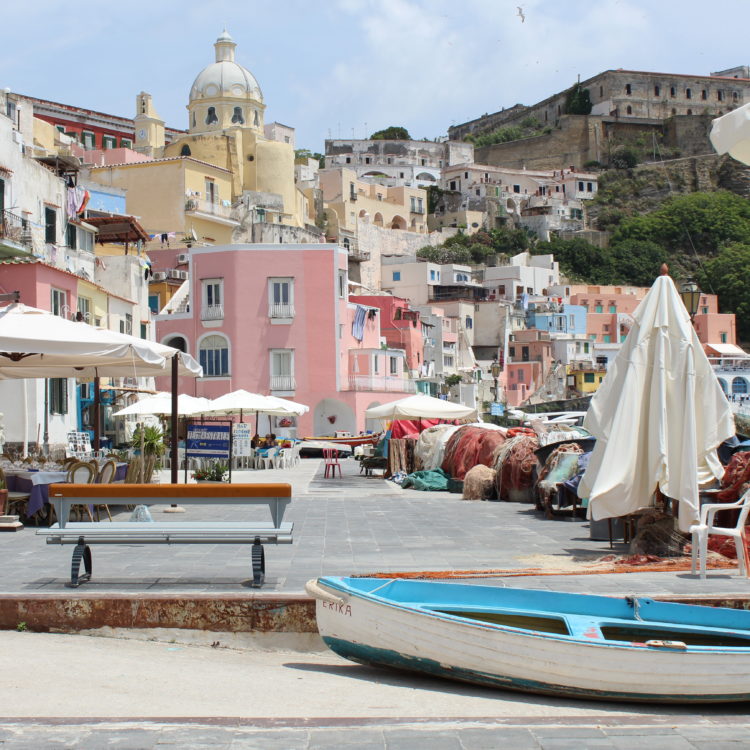 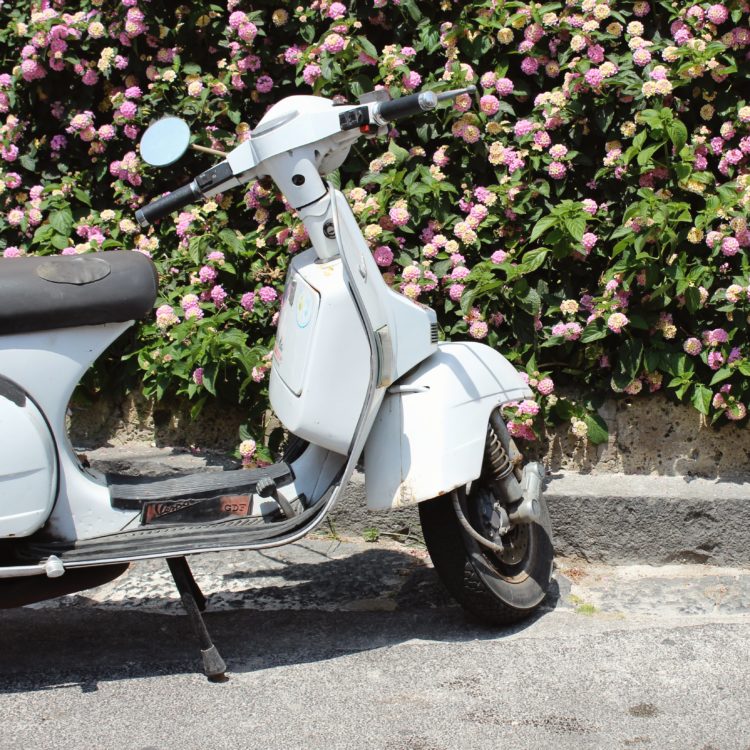 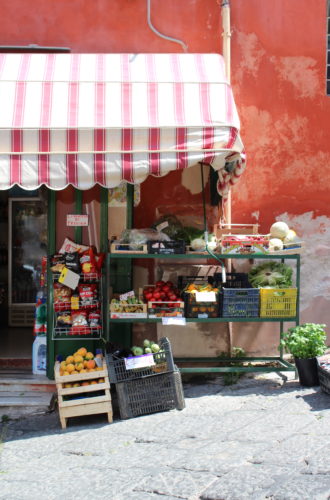 I headed out to catch a ferry to Procida for a Saturday filled with strolling and lounging on the beach. Ferries leave throughout the day from several ports in Naples.

I hiked up to the Abbey of Saint Michael, which was no small feat considering it was July with 137% humidity. The views of Corricella are worth it. However, I concede, my initial thought when I looked down onto the village was, “This doesn’t look remotely like the pictures on Pinterest.” Shame on me. I guess I was naive to not realize how over edited those photos are… and completely unnecessarily! 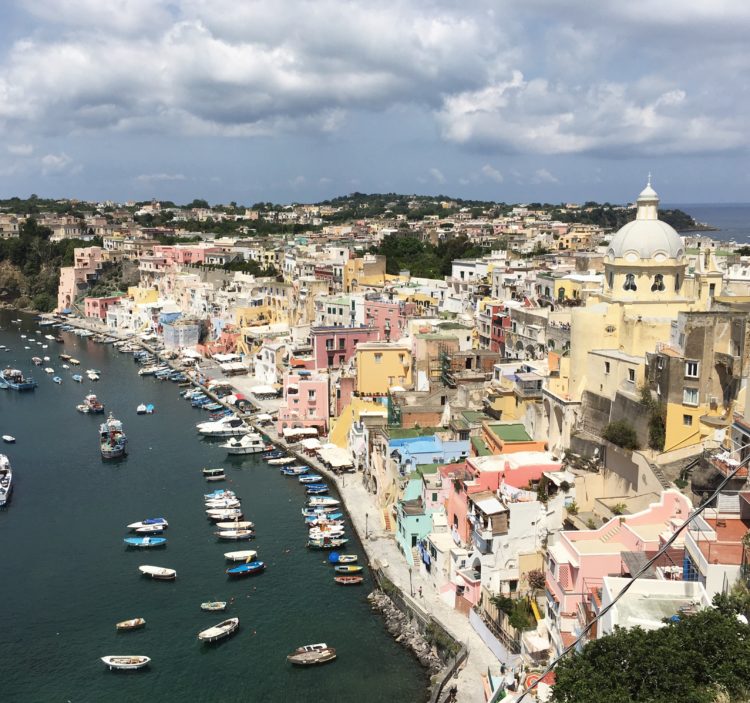 Corricella is darling enough with its muted pastels and Easter M&M colored buildings. Is it really necessary to up the saturation that much? 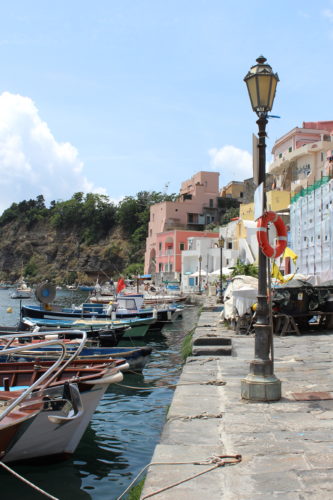 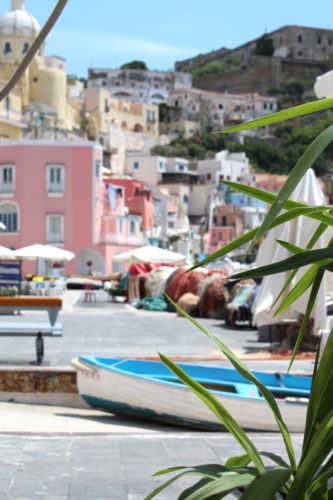 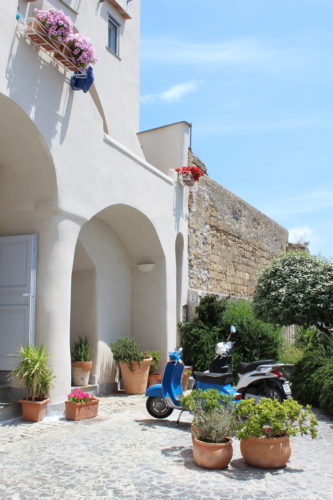 Procida is a little over 2 miles long, so it’s not impossible to walk from the port where ferries dock to the beaches on the opposite side. If you’re trying to make it to the beaches of Chiaiolella as soon as possible, there’s a small van that shuttles locals and tourists alike. 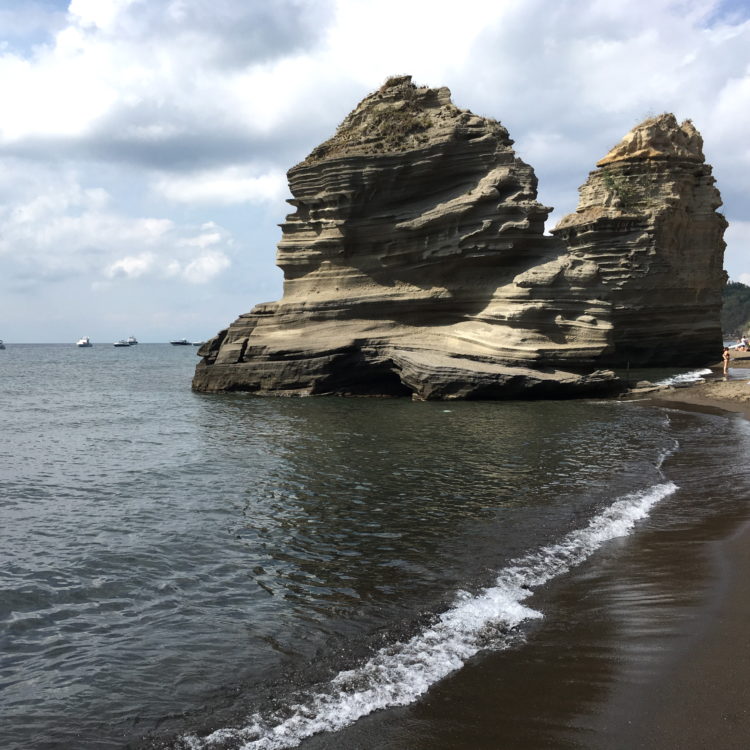 Beaches in Italy have two sections: a public area that’s free and an area with chairs and umbrellas for rent. A “lido” can sometimes have a full restaurant attached too. Charges are usually for the whole day, so get there early and post up in your lounger. After a full day of exploring Procida and soaking up the sun, we caught the last ferry back to Naples. 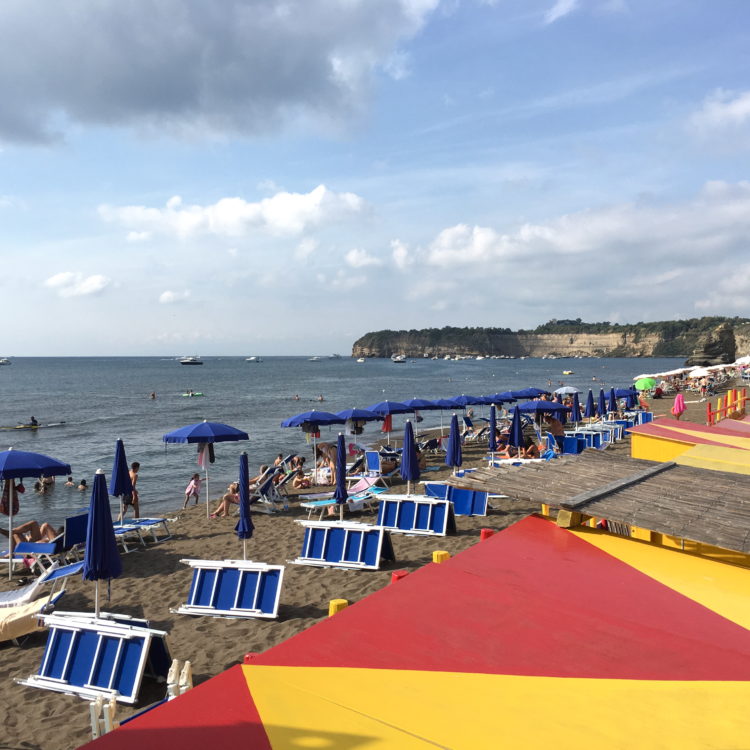 Cordella Winery in Tuscany
A Quick Guide to Rovinj, Croatia